Heather Moreno says that she is, ‘confident that his approach to governing will help create jobs and strengthen our economy’ 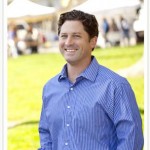 Former Deputy District Attorney and candidate for Assembly, Jordan Cunningham (R-Templeton), has received the endorsement of Heather Moreno, Mayor Pro Tem for the City of Atascadero.

Originally appointed to the City Council in 2012, Moreno received the most votes of any candidate in her campaign for re-election last year. When asked about her decision to support Cunningham, Moreno said, “Whether it is in the courtroom or the community, Jordan has exemplified the ability to provide leadership in the areas that matter most. I am confident that his approach to governing will help create jobs and strengthen our economy – providing resources to improve our communities on every level.”

Cunningham is currently the President of the Central Coast Taxpayers Association. He also volunteers time with numerous local youth organizations, and serves as an elected member of the Templeton Unified School Board.

Jordan Cunningham currently works for Adamski, Moroski, Madden, Cumberland & Green. He lives in Templeton with his wife, Shauna, and their four children.