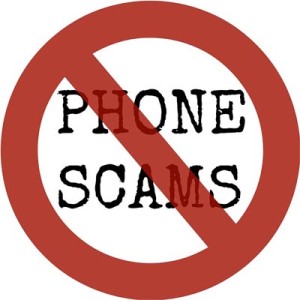 – The Atascadero Police Department is warning local citizens about a phone scam that has been reportedly happening at a high frequency within the city. Reports say that police dispatchers have been receiving various accounts from Atascadero citizens who were contacted by someone that claimed to be with the U.S. Department of the Treasury, who said that the resident had miscalculated their taxes and that there was a warrant out for their arrest. They then say to the caller that they can avoid arrest by issuing a payment. Reports say that the scammers are pushy and have been reported calling back many times.

The police department say that so far, no one has been fooled by the scam and no loss of money has occurred as a result. Police say that the best way to treat this scammer is to not call them back, or. if they are persistent, let them know that you have already notified the local police about the scam.