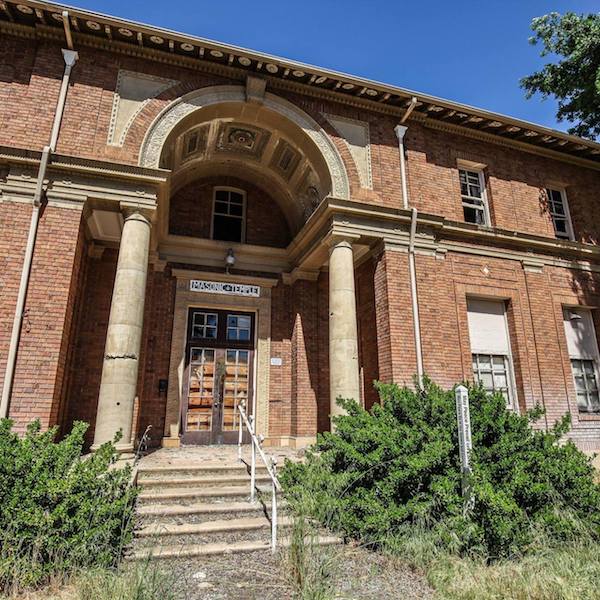 Foundation to host Deed Celebration May 25

– The Atascadero Printery Foundation has announced a Deed Celebration on May 25, from 5-6 p.m., on the steps of the Atascadero Printery Building at 6351 Olmeda Avenue in Atascadero. The 501(c)(3) nonprofit was founded by citizens with the intent of preserving the rich heritage and historical significance of the Printery as Atascadero’s first civic building.

“This is our thank-you to everyone who has supported the foundation so far and to report the progress we’re making toward rehabilitation of this historic structure,” said Atascadero Printery Foundation president Karen McNamara.  Debbie Arnold, District 5 Supervisor for San Luis Obispo County, will present the deed at 5:30 p.m. to celebrate the Foundation’s acquisition of the property following last year’s San Luis Obispo County tax auction to “reclaim, restore and repurpose” the oldest building in Atascadero as a multifunctional, community-use facility.  “The Atascadero Printery is such a big part of Atascadero’s history,” said Supervisor Arnold. “It’s really exciting to see this grassroots effort succeed in restoring this wonderful building so that it can once again play a viable role in the community.”

“The City of Atascadero is very supportive of the Atascadero Printery Foundation and their efforts to preserve and restore this historic structure located in the heart of Atascadero. This is a positive step forward for them; we couldn’t be more pleased,” said Mayor Tom O’Malley, who also voiced the City’s advocacy of the project.   The stately two-story brick building has also been home to a junior college and prep school, a Masonic Temple, a school district office, a sheriff’s substation, and a location for commercial uses and community events.

In January 2004, it was placed on the National Register of Historic Places.   Now vacant, the structure has fallen to disrepair, abuse and neglect. Community fundraising and cleanup of the one-acre property to secure it from vandalism has been underway. However, significant funding is needed to pay off the $240,000 mortgage and rehabilitate the 18,000-square-foot building back to its former glory.

“We’re deep into the planning stages with four committees, including the Atascadero Performing Arts Committee (APAC), who are involved in the interior design of the building,” said McNamara. “For 14 years, APAC has sought a performing arts venue. Fortunately, building engineers report that we can save the existing gymnasium. That’s 3,300 square feet that could seat 250 people.”  In addition to performances, other uses include an artists’ space, weddings, senior lunches, conferences, classes, dances, print media production, a café, and event space for nonprofits and service groups.  “

Along with Printery Work Day cleanups and year-end campaigns to raise revenue, we’ve taken part in the Tent City Marathon, hosted booths at Colony Days, Dancing in the Streets, July 4th Bluegrass Freedom Festival, Tuesday BBQ at the Lake Park, Taco Day and Slider Day on Traffic Way, a Music Night, Cow Pie Bingo, an auction, and Christmas caroling,” said McNamara.   “There are wonderful people in North County who donate generously to our communities. But the building needs to be retrofitted, ASAP, and sections are endangered. We’re very frugal and it’s all volunteer work, but it will take up to $8 million to fully complete the project. It would be wonderful if a benefactor could donate $1 or $5 million to preserve the integrity of the structure,” McNamara explained.   “We’ll have a Founders Reception, in which 40 of the first 100 donors of $1,000-plus will be recognized following the deed ceremony at The Carlton Hotel at 6:30 p.m.,” said McNamara. “I cannot say enough about the Board of Directors. They have such a spirit of ‘I can do that.’ This grassroots effort is for the community, by the community, and we’re so grateful for every bit of help,” she emphasized. “Atascadero is amazing; it really is.”

About the Atascadero Printery Building

Completed for use in 1915 by Atascadero founder E.G. Lewis, the Atascadero Printery was equipped with the first and largest rotogravure press in the western United States. The Printery facilitated nearly one million copies of print media, making it the largest and most prolific operation in America.