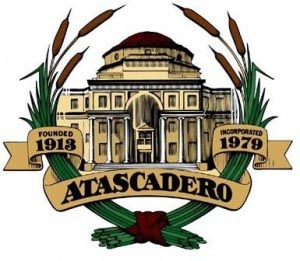 Members of the oversight committee are not required to be professional engineers, accountants or finance managers. The only qualifications necessary are to be a resident of Atascadero and to have an interest in serving the community in which they live.

The city is seeking individuals who are willing to invest a little of their time as a representative on this committee, and will assist members of the committee by providing them with all relevant information regarding the sales tax program, Atascadero’s roads program, pavement engineering and other related information and materials.

City Treasurer Gere Sibbach stated, “This citizen’s oversight committee, though not required by state law, is being implemented by city ordinance and it’s a very good idea that will help to ensure public trust in the city’s use of the funds. I would like to encourage good people to apply and to serve on this committee.”

A local community group committee formation meeting will be held on Thursday, March 26, beginning at 6 p.m. at Atascadero City Hall. Representatives from all interested local community groups are asked to attend. The representatives that attend the meeting will be responsible for making the decisions regarding their seven appointments to the new committee.

A recruitment process for the two at-large, council-appointed positions to the committee is also now underway. Any Atascadero resident who is interested in serving on the new committee should contact the city for an application form. The application will also be available on the city’s website at www.atascadero.org. The candidates for the at-large positions will be interviewed by the council members at a date to be announced.

Questions regarding either the seven community-group appointed members or the two at-large council-appointed members to the committee should be directed to the city manager’s office at (805) 470-3400.