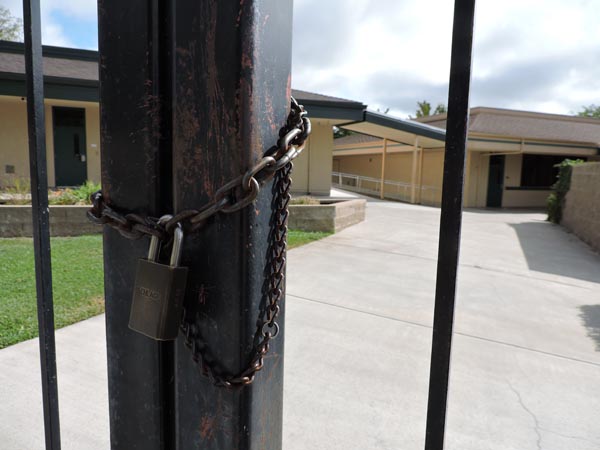 The Atascadero Unified School District continues to cooperate with the Atascadero City Police Department, and agents from the Federal Bureau of Investigation, to ensure students remain safe. Law enforcement has said that, “At this time there is no known ongoing threat to the safety of our students or staff.” Additionally, AUSD is awaiting laboratory results prior to the return of students and staff to San Gabriel Elementary School campus. Temporary student classroom locations and transportation will remain the same until further notice.

The Atascadero Unified School District say that they are proud to be continuing the work of being dedicated to student success, collaborating with staff, and having a strong partnership with the community. In order to show support of the San Gabriel Elementary School community, AUSD is encouraging students and staff to wear gator green on Wednesday, September 16, 2015.

–After Atascadero Unified School District office staff made the decision to not only close San Gabriel Road School indefinitely, but to move classes to other campuses, some concerned families chose to keep their children home. Some even decided to homeschool their children for at least a week.

“The Atascadero community stood alongside their teachers, as approximately two-thirds of all San Gabriel Elementary students were in attendance today,” read a press released issued by the school district Monday afternoon.

The school’s closure came after the police department received reports from school officials on Friday, Sept. 11 at 7:45 a.m. that there was a possible threat on the campus. It was confirmed that threatening letters had been delivered to the school by an unknown subject and an unknown object was found on the playground. Those discoveries prompted the school to be evacuated. On Sunday, the school district announced that the school would be closed indefinitely and students would sent to other district schools in the meantime.

“We are keeping our boys home from school, their safety is of utmost importance,” said Lisa Dillon-Kania, whose sons attend Santa Rosa Academic Academy. “I’ve never known a school to remain closed this long after a threat, which tells us that the threat still exists.”

Stephanie Drexler, whose children attend San Gabriel Road, said she kept them home because of the lack of information.

“We understand they can not release information due to the investigation, but not knowing if the threat would follow our kids to other schools prompted us to keep kids home,” Drexler said. “That being said, we love our school and have full faith in staff and teachers.” 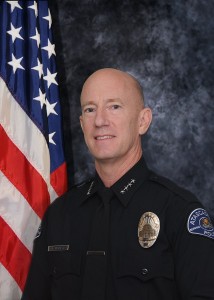 This afternoon, Atascadero Police Department and Atascadero Unified released statements concerning the threat and school closure. In the police statement, Chief Jerel Haley said that an object was located on the San Gabriel campus during the initial investigation. The object was found to contain and unknown substance. Due to that discovery and the threatening letters left on the school campus, the school was closed and the students relocated while the County’s bomb squad and hazardous materials team responded to the school.

“The object was safely retrieved and the liquid material was presumptively tested,” Haley wrote in the release. “The liquid tested positive for a dangerous chemical substance. This heightened the safety concerns for public safety officials and the Atascadero Unified School District staff. The Atascadero Police Department is working with representatives from the Federal Bureau of Investigations to conduct additional testing on the chemical substance.”

Haley emphasized that while the school continues to be closed while the incident is being further investigated “there is no known ongoing threat to the safety of our students or staff.” He also said that there were no explosive devices located on the campus at any time.

“In response to the non-explosive chemical object that was found on the San Gabriel Elementary School Campus Friday, AUSD acted decisively and immediately hired a certified environmental monitoring service to thoroughly examine the San Gabriel Elementary School campus, both interior and exterior, based on the expert advice from law enforcement and the County Hazardous Materials Team,” the school district’s report read.

But not all parents are assured.

“Just read it. I’m still nervous and concerned,” said Sarah Sullivan, whose son attends Monterey Road Elementary School. “They say there is no longer a threat to the safety of the children or staff but this person/people are still out there. So I’m still worried.”

According to the school district, the initial monitoring has been completed and the district is waiting for the results, which will guide the next steps.

“Our safe return to San Gabriel Elementary School will be based on the results of this comprehensive evaluation and the ongoing investigation,” the district’s release read. “Until further notice, all students will continue to attend the campuses they have been temporary relocated to.”

As an additional precaution, all Atascadero school grounds were searched on Friday and the school district said they will be continued to be monitored.

“As additional information becomes available, AUSD will provide timely updates to our staff, parents, and community while not releasing confidential evidence that is part of law enforcement’s ongoing investigation,” according to the district’s release.

Atascadero Police are continuing its investigation into the incident and asks that anyone with any information on it call the department immediately at (805) 461-5051.