Staff members have been retained, ready to ‘give moviegoers a great experience’

– The newly renamed Colony Cinemas is now fully open and “ready for the Fourth of July crowds,” according to theater management.

Most of the staff has reportedly been retained and they are “poised to give moviegoers a great experience.”

Click this link to purchase tickets and to see Showtimes at Colony Cinemas: atascadero.themovieexperience.com/ 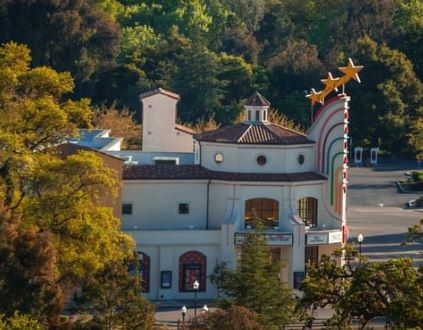 New management hopes to re-open as ‘Colony Cinemas’ next Wednesday

The Galaxy Theatre lease runs out at the end of June, and they are departing early at the end of Thursday, June 23. Galaxy was unable to negotiate a new lease with its landlord, reports say. Sanborn is targeting opening on June 29 as Colony Cinemas.

Bruce Sanborn and his family business have operated the Downtown Centre 7 San Luis Obispo Theatre for 30 years. The new team of operators will bring their years of experience and local touches to the theater. They say they anticipate enhancements over time.

“Mr. Sanborn has offered employment to the current theatre employees, most all of whom look forward to staying at that theatre location. The theatre will now be called Colony Cinemas,” said Nelson.

Galaxy Theatre, headquartered in Los Angeles, had operated the theatre for the past 10 years. The pandemic reportedly caused a disruption in the industry and Galaxy shifted its attention to other theatre locations it has. During the pandemic, the theatre was threatened by foreclosure. The City of Atascadero led by Mayor Heather Moreno took supportive actions.

“We are excited that a seasoned and well-capitalized local theater operator stepped up at the last minute so that Atascadero can continue to have a fine theatre as the anchor of its downtown,” said Nelson.