Paso Robles News|Friday, August 12, 2022
You are here: Home » Crime » Man turns himself in for vandalizing memorial

Man turns himself in for vandalizing memorial 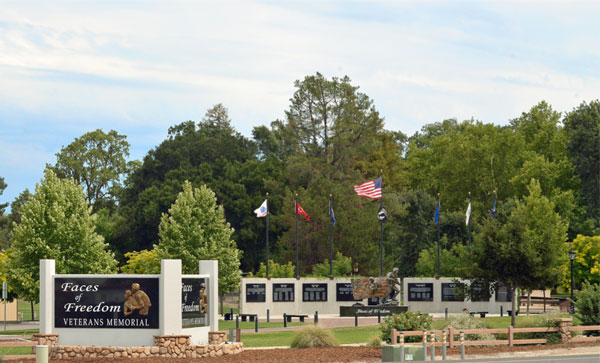 On Jan. 2 at about 11 p.m., Sean David Cronin, 49, of Atascadero, walked into the lobby of the Atascadero Police Department and surrendered for being responsible for this incident. During an interview Cronin confessed to damaging the Atascadero Faces of Freedom Veterans Memorial and fleeing the scene. Cronin was placed under arrest for violation of probation and transported and booked at San Luis Obispo County Jail. Cronin’s truck was impounded as evidence. Additional charges will be filed with the San Luis Obispo County District Attorney’s Office.

Video surveillance has been recovered

The Atascadero Police Department’s Investigations Unit has been conducting follow up investigation into this incident. Video surveillance has been recovered from the Faces of Freedom Veterans Memorial. The suspect vehicle description has been updated to a 1988 to 1997 Chevrolet Crew Cab pickup with complete black lumber rack, maroon in color, toolbox in the bed, with chrome body trim along the base of the both sides of the vehicle, to include around the wheel wells. The rear windows of the pickup are dark tinted. The tailgate of the truck has a chrome strip with the word Chevrolet in black across it. Video clips of the pickup have been attached to this media release.

On Jan. 1, at about 10:05 a.m., Atascadero Police Officers were dispatched to the Faces of Freedom Veterans Memorial, located at the intersection of Portola Road and Morro Road, regarding a vandalism/hit and run.

A bystander observed a mid 1980’s red Chevrolet pickup truck drive through the Faces of Freedom Veterans Memorial grounds damaging several benches and lighting fixtures. The vehicle fled the location on Amapoa Avenue prior to officer’s arrival. Responding officers conducted an extensive area check for the suspect vehicle which ended with negative results.

The vehicle is described as a mid 1980s Chevrolet pickup. The vehicle is dark red and has a
diamond plated tool box in the bed and some type of rack.

The damage to the memorial has been initially estimated at $15,000.00.

City of Atascadero Mayor Tom O’Malley states, “On behalf of the Council I am saddened to hear about the damage done to the Faces of Freedom Veterans Memorial this morning. While I am disheartened that an individual or individuals caused the damage, at the same time I am encouraged by the quick response of our City staff members, Memorial Foundation representatives and community members. We ask for the community’s continued response in providing the Police Department with any information they may have regarding the incident. “

Video surveillance of the incident is being reviewed to assist in identifying the suspects. The Atascadero Police Department’s Traffic Unit is continuing to investigate this incident.