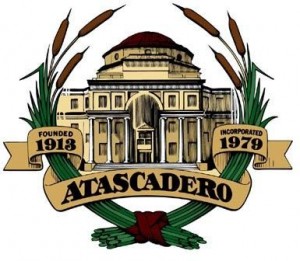 The Atascadero Police Department will begin to issue concealed carry weapons licenses due to the San Luis Obispo County Sheriff’s Department being innudated with an influx of applications after a recent ruling issued by the Federal Ninth Circuit Court. Police Chief Jerel Haley said that people believed a case before the court would allow for less strict rules for issuing the permits. It did not happen, he said. Haley said that individuals wishing to get a concealed carry permit may show “just cause;” however, Haley said that the applicant must have a cause more than generally feeling unsafe.

The minimum requirement for the licensed to be issued, applicants must:

Haley recommended that psychological testing be required before a permit is issued. “It is my belief that is the best way to go,” he said.

The applications, Haley said, will be reviewed by staff and final recommendations will be made through the police chief, who will have the final authorization on each application. The city will receive a $100 administrative fee per issued license to help offset the staff costs. However, Haley said, there will be unrecovered manpower costs associated with processing the paperwork. He said he does not know how many applications to expect.

In the 15 years that the county has been issuing the permits for Atascadero, Haley said, there are currently 54 active permits. Paso Robles, on the other hand, has three. The Sheriff’s department, he said, offered to maintain the permits it has issued, which have to be renewed yearly.

Councilwoman Roberta Fonzi expressed concern over the cost to get a concealed carry permit, as well as soldiers who may suffer from even mild post traumatic stress disorder who may not pass the psychological screening. “I’d hate to see the veterans [with PTSD] who actually fight for our right to carry arms and keep them out of it,” she said.

“We are aware that the cost is quite high and that keeps some people from applying,” Haley said, adding that while some fees are annual, many of them are a one-time fee.

Mayor Pro Tem Heather Moreno asked how far through the process and costs an applicant would have to get before finding out if the chief denies his or her “just cause” request. Haley said that the person would have to submit an application and pay a $20 non-refundable fee. At that time, staff would make the determination. The chief would have final ruling over the permit being issued or not.

“I see this as a tool for you to make a decision … I support the psychological testing,” Councilman Brian Sturtevant said.

“It’s a really, really serious deal … we want to be sure the right person gets it,” Councilman Bob Kelley added.