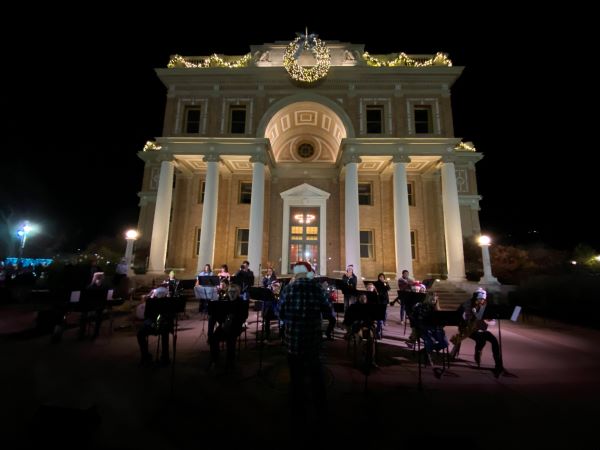 – Atascadero’s Winter Wonderland attracted thousands of people to downtown A-Town Friday night. Despite the cold temperatures, families turned out in great numbers to test the snow slide, the inflatables or to enjoy the music provided by the Atascadero Jazz Band and Honor Choir. 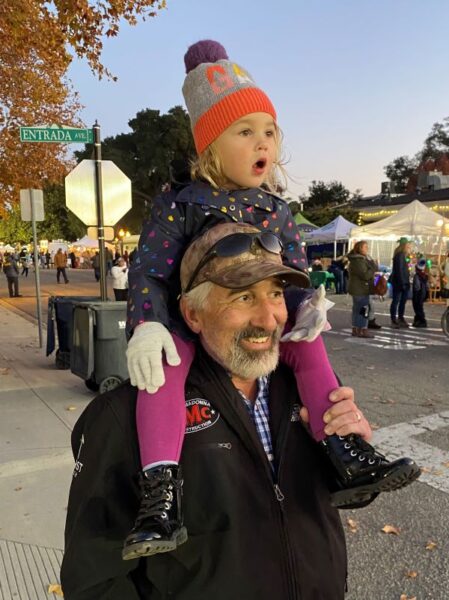 Crews brought in 75 tons of ice from Glacier Ice Company out of San Luis Obispo and piled it on 275 bails of hay to construct the snow slide. Atascadero Kiwanis carved four runs on the huge ramp and gave free slides down the snow for thousands of children and adults. 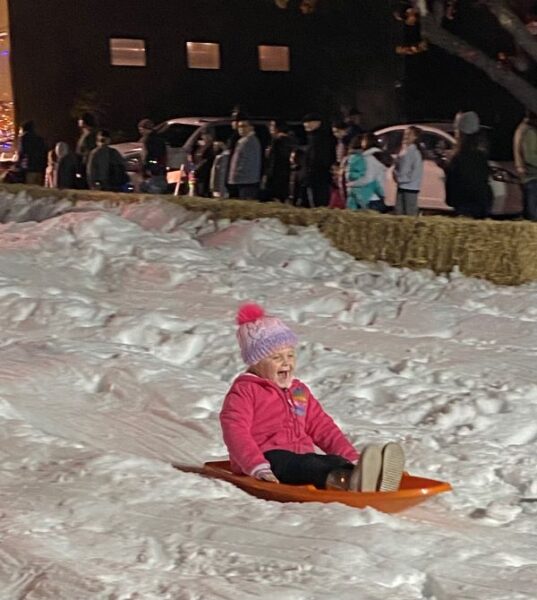 The largest crowds walked the vendor row through downtown. More than 25 vendors offered food, beverage, and holiday gifts for sale. 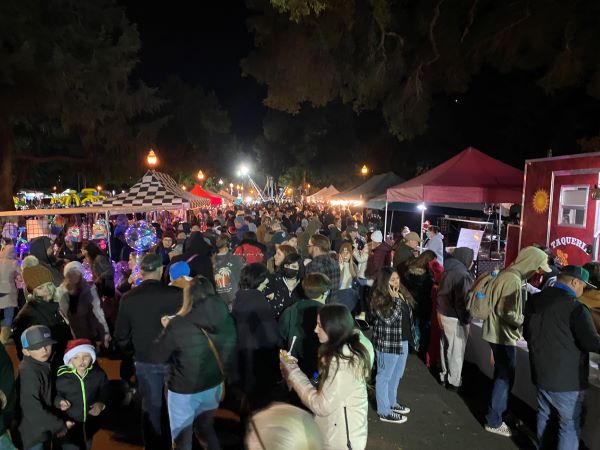 Santa and Mrs. Claus made an appearance. Santa took a turn on the giant slide. Like many, his sled left the track and capsized in the snow and ice. 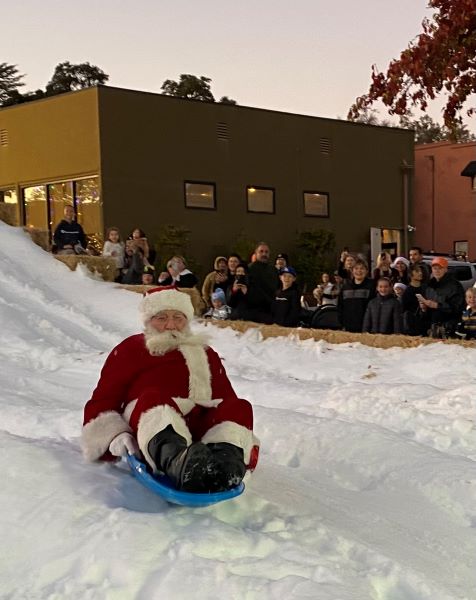 At the Rotunda, several Atascadero High School musical groups entertained. The Honor Choir performed, so did the Atascadero Jazz Band under the direction of Nate Coleman. They closed with Vince Guaraldi’s classic Linus and Lucy from The Peanut’s Christmas special. 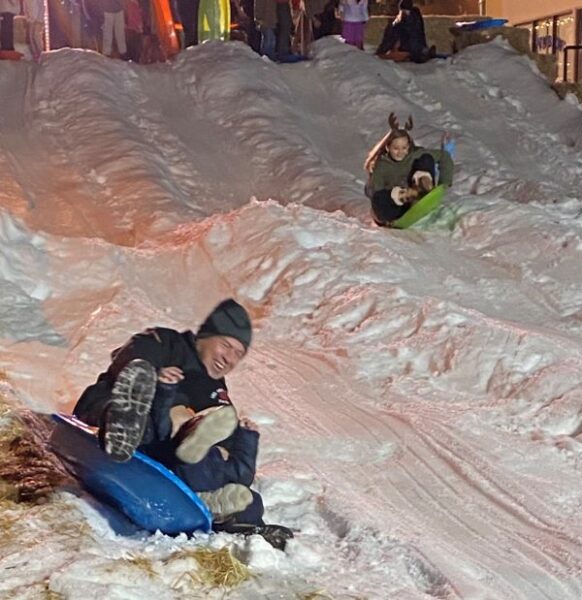 Atascadero’s Winter Wonderland is coordinated by City of Atascadero Assistant City Manager Terrie Banish. After a year’s absence because of the shutdown, thousands turned out for the return of the annual event. 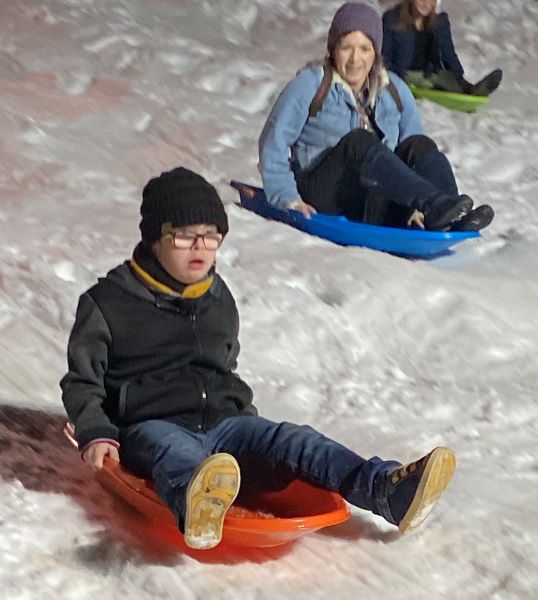