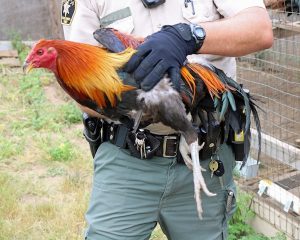 –On Thursday, the San Luis Obispo County Sheriff’s Rural Crime Unit served multiple search warrants in Los Osos and rural Los Osos related to the possession of gamecocks for fighting purposes and possession of implements commonly used in the preparation and care of fighting gamecocks. 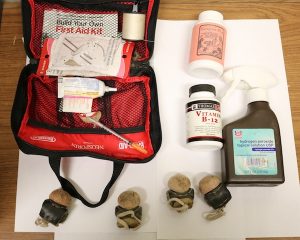 Gamecocks are used illegally for sport and betting purposes by having the roosters fight each other in an enclosed space. The roosters are groomed for fighting by cutting off their natural spurs and replacing them with gaffs, slashers or other sharp instruments designed to inflict mortal wounds on the opposing rooster. These fights often result in the death of one or both gamecocks. 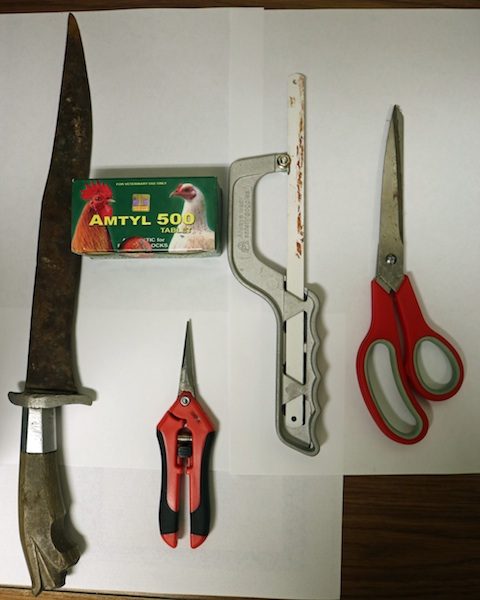 Eighteen roosters were located in a coop in rural Los Osos. Those birds were identified, photographed and banded for subsequent identification pending the outcome of the investigation and subsequent court action. No one was arrested as a result of the search warrants. 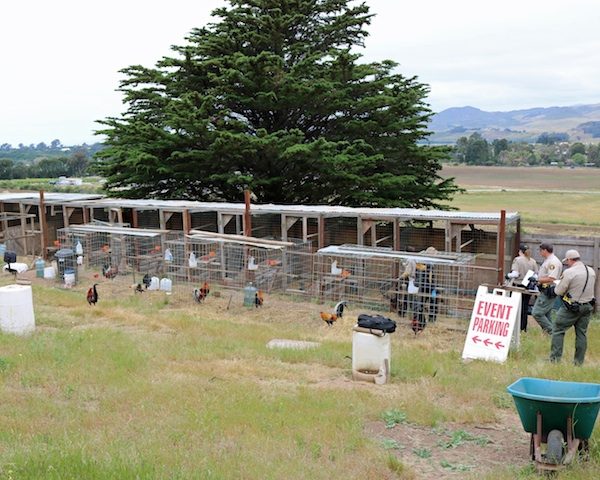 The investigation is ongoing and will be filed with the District Attorney’s Office for a criminal complaint upon the conclusion of the investigation. Sheriff’s Detectives and San Luis Obispo County Animal Control assisted with the execution of the search warrants and processing of the gamecocks.