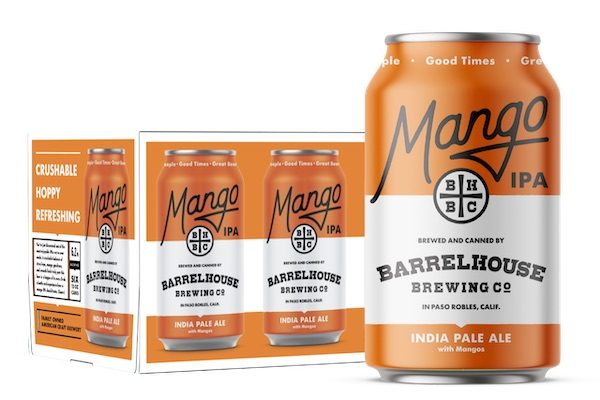 –BarrelHouse Brewing Co., has released two of its top sellers in cans. Why cans? “Because we finally can!” said Owner Jason Carvalho. “We have always loved cans and cans have always been part of our plan. The holdup has always been capacity. When we can barely keep up with the bottle demand, it’s impossible to introduce another package. Now that we have added more tank capacity and the perfect rotary canning line, we are excited to take our beers to places that it was difficult to take them before. Cans are the perfect package for the beach, the lake, backpacking, and pretty much every other outdoor activity we love to do.”

Six-packs of Sunny Daze and Mango IPA can be found at most major retailers and finer craft beer shops starting late March 2019. Other BarrelHouse brands are slated to hit the market in cans throughout 2019. 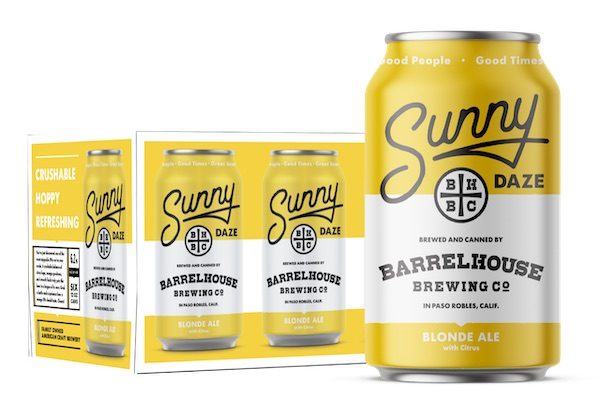 BarrelHouse was established in 2013 by co-owners Jason Carvalho and Kevin Nickell along with longtime friend Chris Vaughn with a simple mission…bring together “good people, good times, and great beer.”

Since those early garage brewing days, BarrelHouse has quickly grown to be the largest American owned and operated craft brewery in San Luis Obispo County. “Being an American, family-owned business is something that we take pride in,” says President of BarrelHouse Brewing Co. Jason Carvalho. “In an ever-changing craft beer landscape of sellouts and mergers, we retain our independence. Our people are passionate about our mission and we are just getting started.”

Each month their talented brewers create small-batch, taproom only beers available at any of their three locations: Paso Robles Brewery and Beer Gardens, San Luis Obispo Taproom, or their newest Visalia Taproom and Beer Gardens.

Additionally, since the brewhouse first fired up, the BarrelHouse team has been crafting a line-up of barrel-aged beers. Housed nearby in a dedicated Barrel Facility across the creek from their main brewery, you’ll find rare sour and wild ales referred to as their Salvaje de Robles (Wild of the Oak) Series and Reservado de Robles (Reserve of the Oak) Series for their non-sour barrel-aged beers. These limited releases are available in their taprooms and at fine craft beer accounts throughout their distribution network.