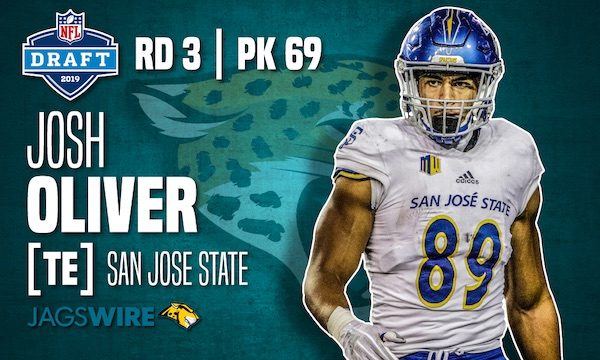 –Josh Oliver, Bearcat Class of 2015, was drafted by the Jacksonville Jaguars Friday in the 3rd round (69th overall) of the NFL draft.

Oliver was a two year starter on the varsity football and basketball teams and was a key member of the 2014 CIF Championship football team. After graduation Oliver attended San Jose State University where he played all 4 years on the football team and carried a GPA of over a 3.0 every semester. In his senior season at SJSU, Oliver led the team with 56 catches for 709 yards and 4 touchdowns at the tight end position and received first team all conference honors for his performance. Oliver will be the 5th Bearcat ever to be drafted by an NFL franchise.