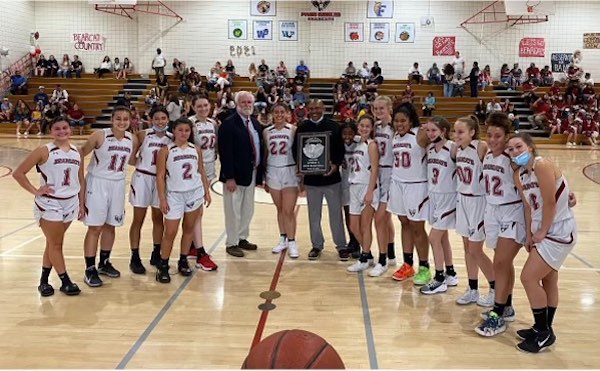 Nipomo 9-7 Girls basketball are CIF Champions after knocking off top-ranked 13-3 Paso Robles Girls by a score of 44-39. “We played hard we played with heart, and it was close but, we played great overall,” lady Bearcat assistant coach Netta Perkins said.

“We finished up the season this year, the whole season was great, just making it through COVID was a feat within its self, ” Head Coach Lonzo Davis said. “We finished up 10-0 in league and 13-3 overall on the season, the girls did a great job this year, and winning some tight games in the playoffs got us here to this game tonight, the whole season was great for the seniors that are graduating this year, this was the goal for the seniors that are graduating winning league and to see what we could do in the playoffs, girls basketball hasn’t won league since the year 2000. So it was a great season.” 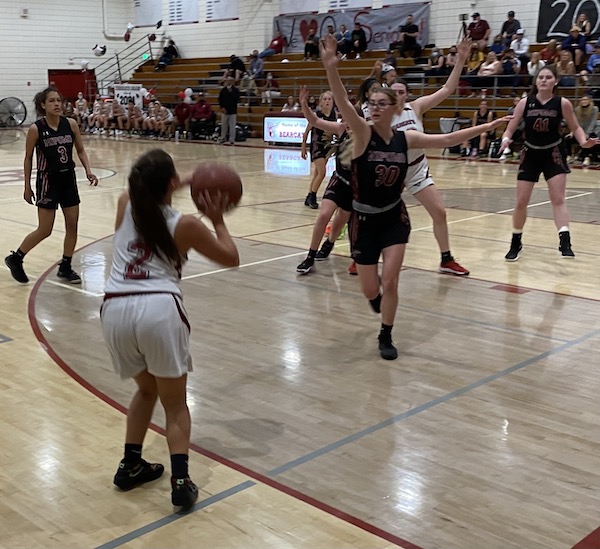 The game was a close, low-scoring game with strong defense played by both teams. Neither team could pull away until Nipomo did so in the final minutes of play. The final score 44-39.

In a ceremony after the game, the Nipomo Titans were given the trophy for 1st place in the CIF-Central Section. Paso Robles Bearcats finished second. PRJUSD Superintendent Curt Dubost presented the trophies to the two teams.