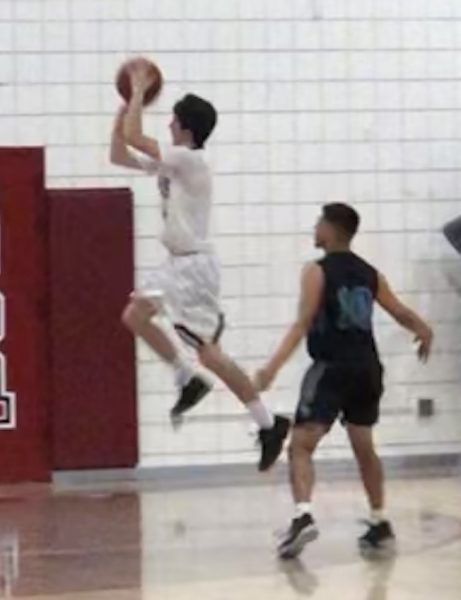 Former Mayor Duane Picanco said, “That was exciting! To win as time runs out like that? It really got my blood pressure up.” Coach Derek Jasper said, “I drew up a play, but it broke down. We still got the winning shot off in time. It’s nice to get the win.”

Payton Ramos scored 21 points to lead the Bearcats. He hit five “3’s” in the game.
The Panthers had a 7-0 run to pull ahead 51-50 in the closing minute. With 8 seconds left, Pioneer turned the ball over. That’s when Coach Jasper drew up the final offensive play. Less than two seconds remained when Perez went up to shoot the game winner. The ball banked off the glass and dropped cleanly through the net as time expired.

The Bearcats play Friday at San Luis Obispo. Tip-off is at 7 p.m.