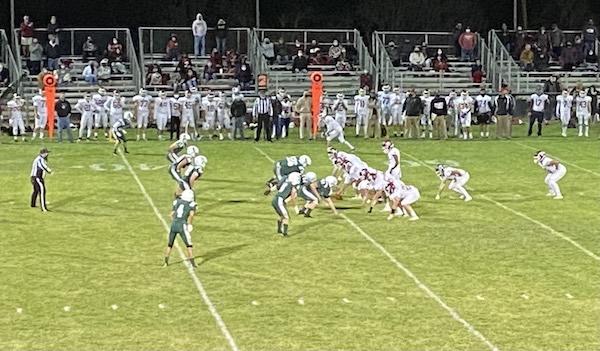 The Bearcats (3-2) jumped out to an early lead with powerful running by junior Jake Morones and sophomore Leo Kemp. Quarterback Trevon Bridewell mixed in bootleg passes as the Bearcats controlled the ball through the first half.

At halftime, the Bearcats had accumulated 207 yards, most of it rushing. The Eagles ran only 14 plays for fewer than 100 yards. After two quarters Paso Robles led 20-0. Because of injuries sustained in last week’s game against St. Joseph, the Eagles played without some key starters including Will Evans, lineman Chase Richards, and running back Josh Berna. 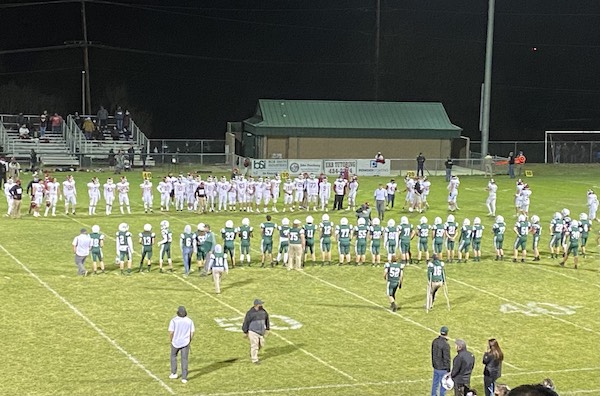 At half-time Coach Don Crow and his coaching staff made some adjustments, but they could not stop the Bearcats run in the second half. Quarterback Tyler Kaschewski had success throwing the ball to Kale Loppnow, Josh Hamers, Kadin Javadni, and Garrett Goodman, but the Bearcat defense contained the lightning-quick quarterback. The Eagles scored three touchdowns in the second half, but the Bearcats held on to win 34-20.

The Eagles (3-2) travel to San Luis Obispo to take on SLOHS Tigers.

The Nipomo Titans (4-1) beat Atascadero 49-12. Atascadero (0-5) will pay Pioneer Valley in Santa Maria next Friday, before their final game of the spring season against Paso Robles.