–The Paso Robles Bearcats beat the Atascadero Greyhounds 42-13 at Atascadero High School Friday night. The Bearcats scored three touchdowns in the first quarter to jump to a 21-0 lead, and coasted to victory.

The Bearcats improve to 3-2 in the Mountain League, 5-2 for the season. The Greyhounds conclude the delayed football season with a record of 0-5 in the Ocean Conference, 0-7 overall. 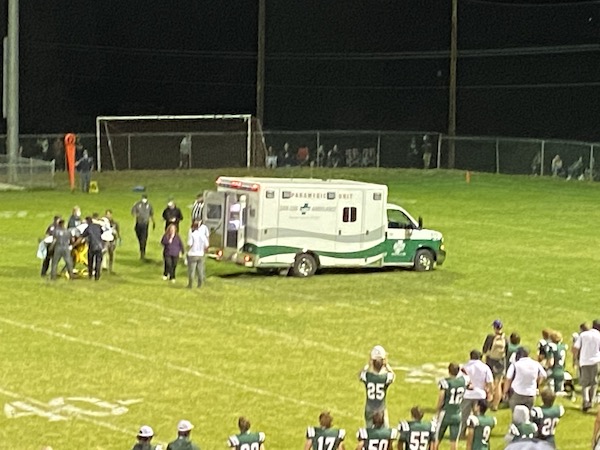 The game was interrupted in the 4th quarter for 20 minutes due to an injury to Eagles Senior Anthony Fischer. Fischer was taken from the field in an ambulance to a local hospital. He gave the crowd a thumbs up when he was loaded into the ambulance, which evoked an enthusiastic ovation from the crowd.

The Eagles end the season with a record of 4-3. The Warriors finish at 4-1.

The COVID-19-delayed season is over, but high school football resumes in 90 days. 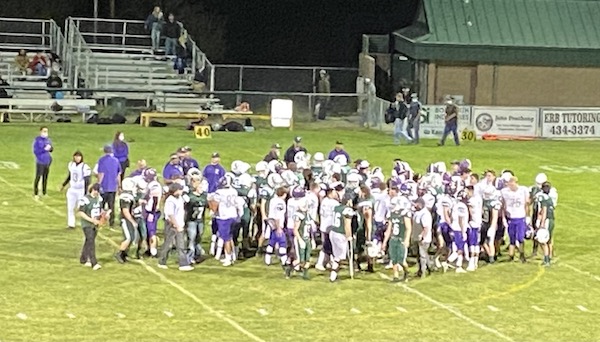 Templeton and Righetti players mingling after the game.