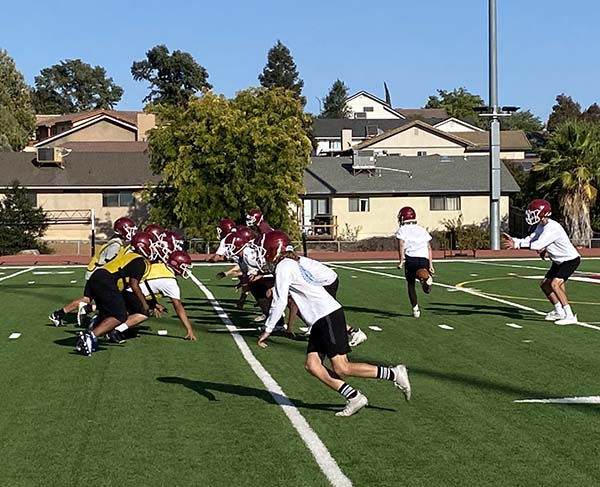 Kick-off is at 7 p.m. on Friday night

–The Paso Robles Bearcats host the Atascadero Greyhounds Friday night at War Memorial Stadium. The Bearcats are 1-2 for the season. They lost at Lompoc 48-27, beat Independence of Bakersfield 14-6, and lost to Buchanan of Clovis, 48-0. They are 1-1 at home.

“This is always an important game for us,” Coach Matt Carroll says, “Because we’re now in separate conferences, it’s not the final game of the year. But the game means a lot to the Bearcat players and coaching staff.”

“This Atascadero team is recapturing the culture of the Greyhound tradition,” Coach Vic Cooper says.

During halftime, the Bearcats will honor several Hall of Fame inductees. Among them, Dr. Darrell “Red” Holman lettered twelve times in several sports back in the 1930’s. After he graduated from PRHS, Holman attended Stanford University where he played baseball for the Stanford Indians. “Red” hit the first home run in Stanford’s legendary Sunken Diamond Baseball Park shortly after it opened. Holman earned a BA and MA from Stanford. After World War II, he graduated from Georgetown University School of Medicine. He practiced medicine for decades in Southern California. Dr. Holman died in 2008.