Bearcats football team travels to Fresno to take on Central

–The Paso Robles High School football team travels to Fresno Friday night to take on Central. The 3-0 Grizzlies are the top-ranked team in the Central Section. They are ranked #78 in the nation, and #14 in California. Last year at War Memorial Stadium, the Grizzlies beat the Bearcats, 62-0. The Bearcats are coming off a 17-14 victory over El Diamonte of Visalia.

The Templeton Eagles travel south to play the San Luis Obispo Tigers. Each team has a 2-0 record. Eagles Coach Don Crow says the Tigers are an excellent team. The Tigers upset Arroyo Grande 28-21. The Tigers are coached by Pat Johnston, whose father led Cal Poly to a national championship in 1980. After playing quarterback for the Mustangs, Craig Johnston coached at Carmel for many years. Kick-off is at seven in San Luis Obispo High School. 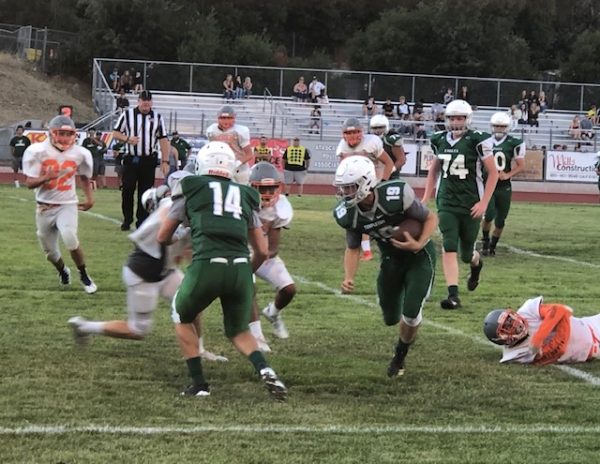 The Atascadero Greyhounds return home to host Shafter Friday night. Both teams are 1-2. The Greyhounds are coming off a 21-7 loss against Stockdale in Bakersfield. Last Friday, Shafter beat North Bakersfield 27-13. That was their first win of the season. Kick off is at 7:30 at Atascadero High School.