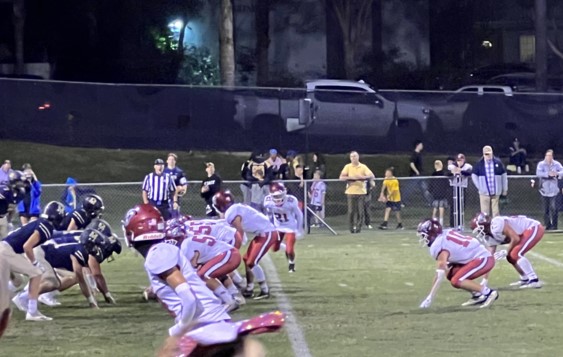 – The Paso Robles Bearcats lost to Mission Prep Friday night in San Luis Obispo, 28-7. Each team entered the game with a 2-0 conference record in the Mountain League. The Royals scored twice in the first quarter to take a 14-0 lead. The Bearcats drove the ball into the Royals’ red zone in the first quarter and fumbled on the Royals one yard line in the second quarter. At halftime, the score was 14-0. 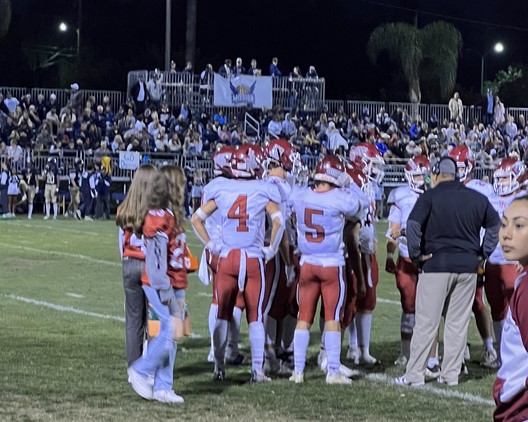 In the third quarter, the Bearcats drove down the field and Leo Kemp scored on a one-yard run to make the score 14-7. The Royals scored two more touchdowns in the second half, but the Bearcats could not match them. With under one minute left to play, the Royals’ George Kardashian tackled a Bearcat for a loss, and the game ended at 28-7.

A Paso Robles player was injured in the game. The SLO Tribune reports: “Late in the third quarter, Bearcats receiver and defensive back Shane Vaughn went down with a neck injury and was stretchered out of the game onto an ambulance on a Royals scoring play. Both teams took a knee as Vaughn was tended to. As he came off the field, Vaughn gave a thumbs up to the crowd and was able to move his extremities.”

The Atascadero Greyhounds had a bye Friday night. 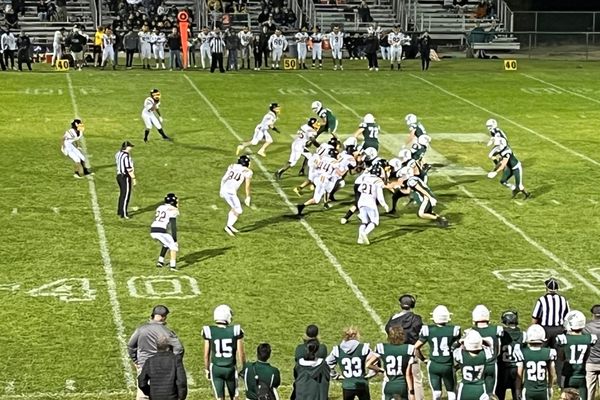 The Templeton Eagles beat the Cabrillo Conquistadores 35-12 Friday night at Templeton High School. The Eagles led 8-0 at half time. After scoring a touchdown early in the game, the snap for the extra point bounced on the ground, so River Waltmire picked up the ball and ran it in for a two-point conversion.

In the second half, the Eagles’ offense came alive, with two rushing touchdowns by Dylan Killing and two by Landen Miller. Johnny Peschong also had a big game on defense for the Eagles, sacking their sophomore quarterback on two occasions. The Eagles improve to 2-0 in the Ocean League, 5-1 overall. Next up for the Eagles are the Atascadero Greyhounds, who are also 2-0 in the Ocean League.