The Bearcats scored two touchdowns in the fourth quarter, but it was too little- too late. Final score 62-35.
The Bearcats, Arroyo Grande Eagles and St. Joseph Knights end the regular season with identical 4-1 conference records.

Around 2 p.m. Saturday afternoon, the Bearcats will learn whom they will play in the Central Section play-offs, and where. 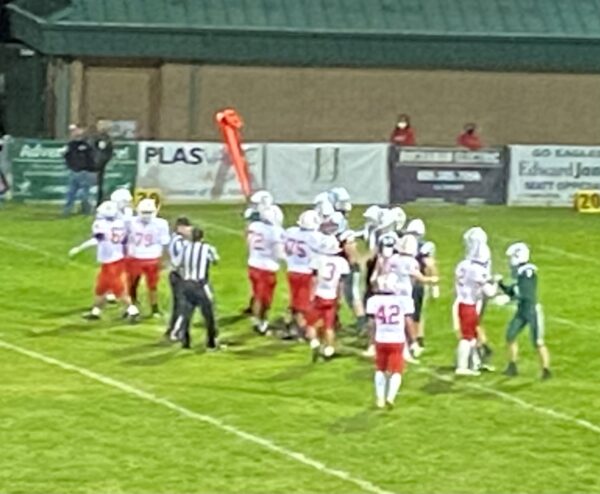 The Templeton Eagles and Santa Maria Saints congratulate each other as time runs out at Mike Erb Field in Templeton.

In Templeton, the Eagles beat Santa Maria 62-20. The Templeton Eagles jumped out to a 25-0 half-time lead, but both team’s offense awakened in the second half. They ended the regular season 5-5, 2-3 in conference.