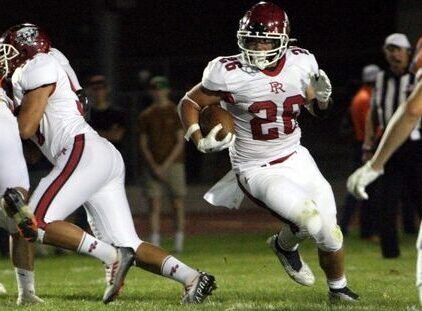 Bearcats finish the season with a record of 7-4

– North County Football teams played first-round playoff games Friday night. The Paso Robles High School Bearcats lost at Sanger, 21-0. Sanger scored a rushing touchdown with six minutes left in the 1st quarter to take the early lead. Late in the first quarter, Leo Kemp of Paso Robles carried the ball for a long run, but the Bearcats turned the ball over on downs at the Apache 29-yard line.

Sanger scored its second touchdown on a short pass with 5 minutes left in the second quarter. A two-point conversion made the score 14-0. Leo Kemp had another long run in the 3rd quarter, but the Bearcats had to punt. Sanger scored its final touchdown late in the fourth quarter. With one minute left in the game, the Apaches intercepted a Bearcat pass on the Sanger 11-yard line to stop a drive by Paso Robles.

The final score was 21-0. The Bearcats finish their season with a record of 7-4. 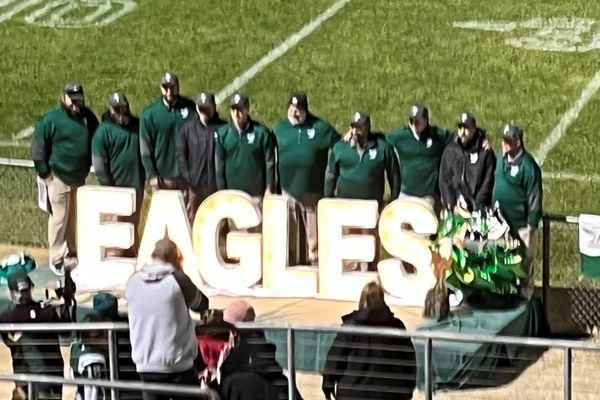 The Templeton Eagles hosted the Roosevelt Rough Riders of Fresno at Mike Erb Field. The Rough Riders scored early and jumped out to the early lead. Roosevelt led 7-0 at the half. The Eagles made some defensive adjustments after halftime and their offense came alive in the second half. Daxton Calagna scored three touchdowns for the Eagles. He ran for 5 yards to score the Eagles first touchdown in the third quarter. River Waltmire kicked the extra point to tie the score at seven.

Late in the third quarter, the Eagles recovered a fumble in the Rough Riders end zone to take a 13-7 lead. The kick failed. With six minutes left in the 4th quarter, Junior Quarterback Anthony Chavez completed a 29-yard pass to Daxton Calagna to give the Eagles a 19-7 lead. River Waltmire kicked the extra point to make it 20-17. Roosevelt scored a touchdown with five minutes to go to pull within one touchdown, 20-13.

Daxton Calgna intercepted a Rough Rider pass which stopped a drive by Roosevelt. Calagna scored his third touchdown on a 5-yard rushing touchdown. River Waltmire kicked the point after to make the score 27-14. That was the final score. The Eagles will host Corcoran (9-2.) The Panthers beat McLane Friday night 28-12. The Templeton vs. Corcoran game will be played Thursday night at Templeton High School.