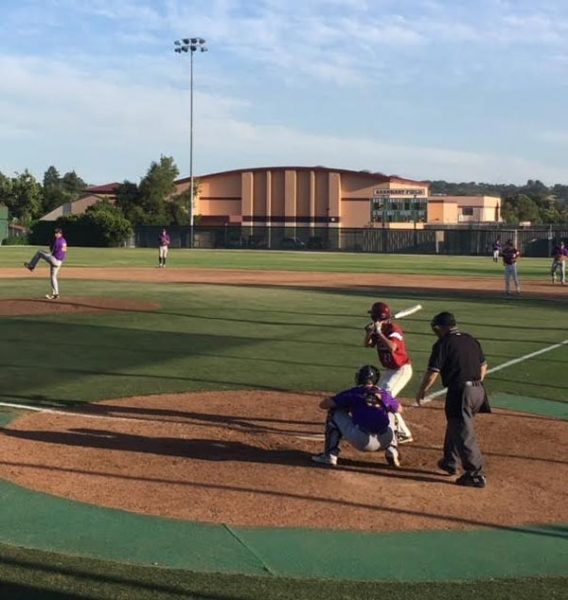 –The Paso Robles Bearcats baseball team plays Walnut, Calif. this afternoon in the semifinal game of the CIF Playoffs. The game to be played at 3:15 this Tuesday afternoon in Walnut.

The Walnut Mustangs are 23-9 for the season. In the CIF Playoffs, they beat California (Whittier) 5-0, Sierra Canyon (Chatsworth) 7-3 and El Segundo 3-1 to reach the semifinals against the Bearcats.

The Bearcats beat Cantwell-Sacred Heart of Montebello, Calif. 7-3, Poly of Riverside, Calif. 3-0, and Quartz Hill 4-1. This is the Bearcats first trip to the semifinals since 2006.

Today’s semifinal game will be played at 3:15. If the Bearcats win today, they’ll play in the CIF Championship game this weekend. The last time they reached the CIF Final was back in the 1970’s, when assistant coach Dewey Stroud played for PRHS. Dewey will be coaching third base today for the Bearcats.