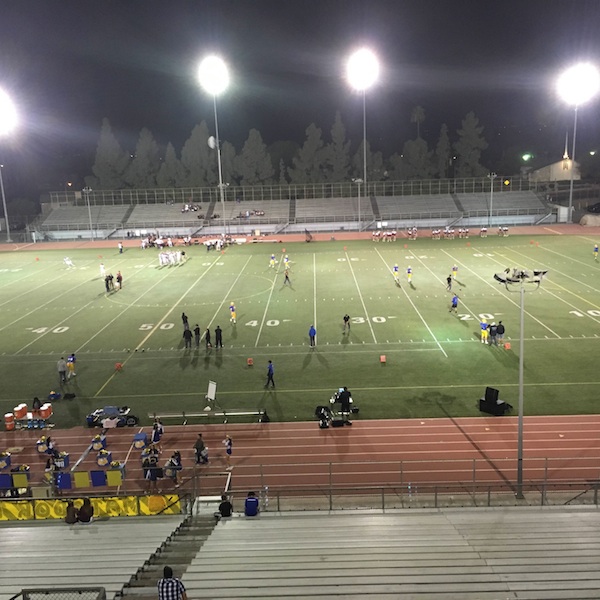 –Friday night, the Paso Robles High School varsity football Bearcats lost to La Mirada 49-6 in the first round of the CIF Regional playoffs.

The Matadores recovered a Bearcat fumble on the opening kick-off, and jumped to an early lead. They played flawlessly on their home field. The defending state champions led 21-0 after one quarter and 42-0 at half-time.

The Bearcats showed occasional brilliance, but did not play their best in the sudden death playoff game. Quarterback Steve Schouten scrambled and ran for good yardage on several plays. Running back Christian Erickson pounded the line for short gains, but three turnovers cost the Bearcats. The Maradores’ stingy defense prevailed.

The loss eliminates the Bearcats from the playoffs. The Bearcats end the season at 8-3; the Matadores improve to 9-2 and advance in the playoffs in defense of their state championship.