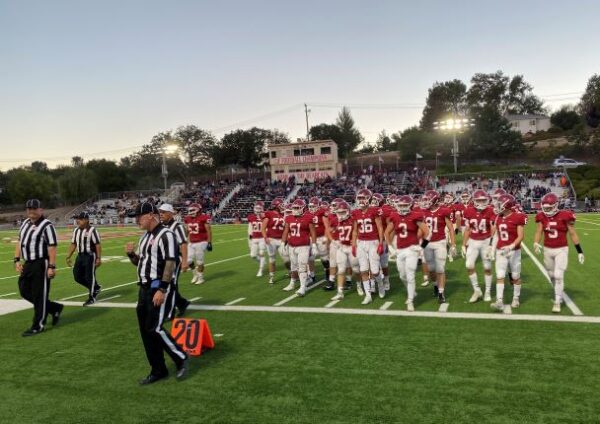 Game moved back from 7 p.m. due to heat wave

– Friday night, the Paso Robles Bearcat football team plays the Greyhounds in Atascadero. Both teams are looking for their first win of the season. But this game celebrates a long tradition in North County. The game used to be the regular season finale, but now that the teams are in different leagues, it’s a pre-season game. Because of the heat, tonight’s football game has been moved back from 7 p.m. to 8 p.m. The JV game is scheduled for 5 p.m., but if it’s too hot, that may change.

Although it’s early in the season, three teams on the Central Coast that stand out as exceptional this season are San Luis Obispo, Santa Ynez, and Lompoc, but Paso Robles may not be far behind them.

The Bearcats start their 2022 season with 4 away games. Friday night’s game at Atascadero is the second of four. They opened on Aug. 19 at Kingsburg and lost 35-0. Last weekend, they had a bye.

The history of the rivalry between the two teams dicates that regardless of their respective records, this game means everything to the two teams. The victory gives the winner bragging rights in North County.