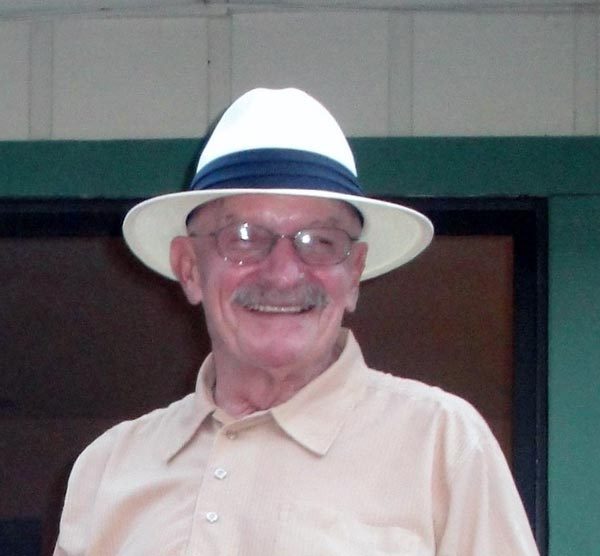 Bert Lee Meredith passed away peacefully at home surrounded by family on March 29, 2017, in Atascadero, California.

Meredith was born in Judson Township (Lake Crystal), Minnesota, to John and Agnes (Davis) Meredith, on June 29, 1935. At the age of 2, his family relocated to California where they made their life in Palo Alto, California. Bert played football and ran track for Palo Alto High School where he graduated and soon thereafter married his high school sweetheart, Shirley Petersen in 1954. Bert enlisted in the US Army 1955 and spent two-years in military service at Fort Lewis Washington.

Bert’s career included his partnership in the Morro Bay Sun Bulletin and eventually opening his family printing business, A-1 Printers in Atascadero, along with many printing ventures thereafter. Bert was a working man and known most recently by many as the Taco Works merchandiser where he maintained a delivery route for Taco Works Tortilla Chips and stocked local grocery store shelves in San Luis Obispo County.

Bert is survived by his children, Teresa, Marshon and Brad, his grandchildren, Amy (Bray) Evers, Justin Goree, Sara Goree, Jeremiah Goree, Emily Goree, Bradley Meredith, Mason Meredith and Chelsea (Carroll) Gonzalez, five great-grandchildren and one more expected in September. Although he and Shirley divorced their love and friendship for one another has remained to this day.

Bert is preceded in death by his parents, John and Agnes, and his two beloved sisters, Phyllis (Meredith) Sutterfield and Elizabeth (Meredith) Hagglof, and of course Boomer his sweet pup and pal.

In memory of Bert, his family requests that stories are shared between his friends with a glass of lemonade and a bag of Taco Works.