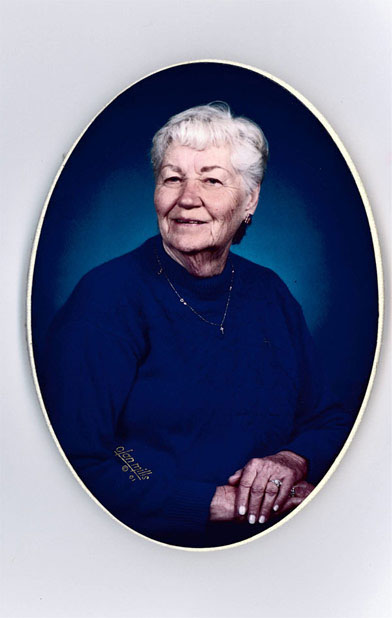 Beverly Mae King in the later years of her life.

Beverly Mae King, a former resident of Paso Robles, died at Bandon Hospital in Bandon, Ore. at 6 a.m. on June 17. King was born 1927 in Taft, Calif. where she spent her adolescent years. She later lived in Long Beach and Pasadena, Calif. From Pasadena, Beverly and her husband, Edward King, moved to Paso Robles in 1973, where they resided on Nacimiento Lake Drive.

Mr. and Mrs. King acted as purveyors of the Red Barn, a popular used furniture and antique shop, on 24th and Park streets. Later, Mrs. King worked as a bookkeeper for Judge Fox and then started her own bookkeeping and tax service business on 9th and Spring St. She was active in local animal programs and the Pioneer Players.

In 2004 Mrs. King moved to Oregon with her daughter Patty. There she was active in dog rescue and dog training.

Mrs. King is survived by her children; Walter, Kathy, Patty, Jean, and David, along with three grandchildren, a great grandchild and step-children. Memorial plans have not yet been announced.