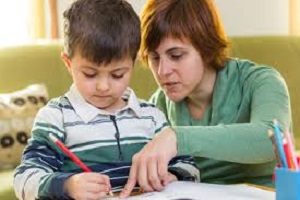 –The local Big Brothers Big Sisters affiliate for San Luis Obispo County is celebrating mentoring and the positive effect it can have on young lives. This January marks the sixteenth year of National Mentor Month; a nationwide initiative to raise awareness.

Important upcoming dates for this public awareness campaign are:

Launched in 2002 by MENTOR: The National Mentoring Partnership (MENTOR) and the Harvard T.H. Chan School of Public Health, National Mentoring Month focuses national attention on the need for mentors, as well as how each of us—individuals, businesses, government agencies, schools, faith communities and nonprofits can work together to increase the number of mentors to help ensure positive outcomes for our young people. This campaign celebrates mentoring and the positive effect it can have on young lives. Its goals are to:

Big Brothers Big Sisters mission is to provide children facing adversity with strong and enduring, professionally supported one-to-one relationships that change their lives for the better, forever. The local, volunteer and donor funded organization provides targeted recruiting, screening, training and matching, as well as ongoing support, safety training and supervision for volunteers, children and families.  A nationwide Harris Interactive study found that adults who were involved as children in Big Brothers Big Sisters programs grew-up to be better educated, wealthier, and report stronger relationships with their spouses, children and friends.  For more information on volunteering or contributing to Big Brothers Big Sisters call (805) 781-3226, or visit the website.