Show sold out in a matter of hours

–For only the second time in the history of the California Mid-State Fair a concert has sold out in just one day. All 14,875 tickets for the Blake Shelton with special guest Caroline Kole concert set to take place on July 23, 2016 were sold out in a matter of hours, according to the Mid-State Fair. 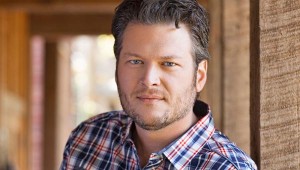 –The California Mid-State Fair announced that country star Blake Shelton has been confirmed to perform in concert on Saturday, July 23. Live music will begin with special guest Caroline Kole, who will open the show at 7:30 p.m.

Shelton has been named Country Music Association’s 2012 “Entertainer of the Year,” is a Grammy nominee and five-time CMA Awards Male Vocalist of the Year. He has a total of 21 #1 singles which are all featured on his album Reloaded: 20 #1 Hits.

His new album “If I’m Honest” is set to be released May 20, 2016 and features his current hit “Came Here To Forget.”  Shelton’s in the midst of his 10th season as a coach on The Voice with fellow stars Christina Aguilera, Adam Levine and Pharrell Williams.

The 2016 California Mid-State Fair runs July 20 through July 31. This year’s theme is “The Adventure Continues…”