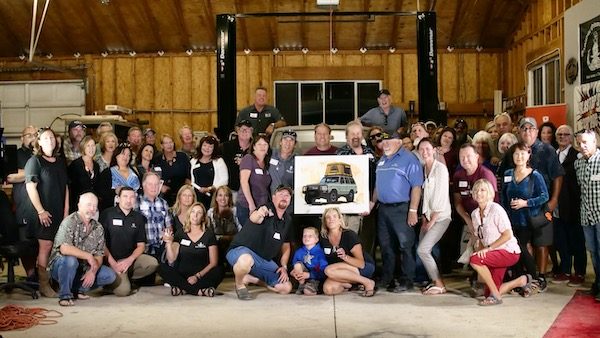 – After rebuilding a donated 1984 Toyota Landcruiser FJ60 and selling more than 1,200 raffle tickets, Leon Tackitt of Tackitt Family Wineries and Eric Symonds of Templeton proudly announced raising more than $147,000 for the EOD Warrior Foundation (EODWF) and Quality of Life PLUS (QL+) veteran charities.

Tackitt and Symonds collaborated on the Landcruiser refurbishing as well as the sale of the raffle tickets and sponsorships to help with the restoration of the vehicle.

After 10 months of restoration work, Tackitt and Symonds held the official drawing during National EOD Day at the EOD Memorial Auction at Niceville, Fla., and the winner was Jeff Johnson, of Columbus, Ohio. “I have never won anything, looks like a road trip to Oshkosh!” said Johnson. 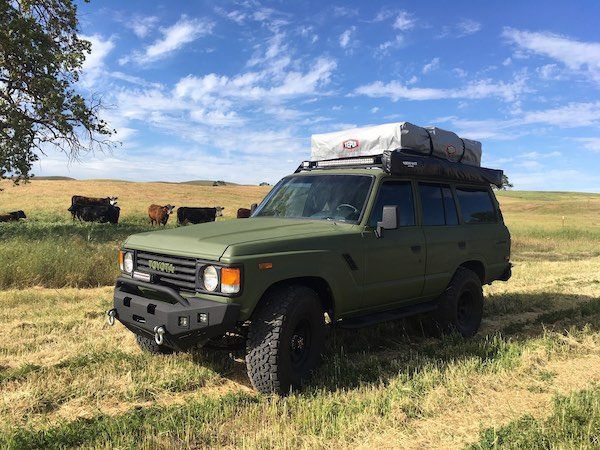 “We are extremely proud to have been able to refurbish and customize this incredible vehicle and raise so much money for the EOD Warrior foundation and QL+. It’s the businesses and neighbors of Paso Robles, as well as individuals across the country committed to the support of our veterans, who enabled us to raise such an amount,” said Tackitt.

EOD Warrior Foundation
The EOD Foundation offers four pillars of support and handles each request on a case-by-case basis. The immediate and ongoing assistance and resources provided by the foundation to those in the EOD community are intended to provide support beyond the budgetary constraints of the Department of Defense and Department of Veterans Affairs:

Quality of Life PLUS
Originally conceived and founded by Jon Monett in 2009, the QL+ Lab at Cal Poly is an integral part of Cal Poly’s engineering program and provides an industrial grade facility where students can collectively focus their creative and intellectual horsepower on solving some of the most difficult challenges facing our nation’s patriots. The success of QL+ at Cal Poly led to the expansion of the program to 12 universities in 2018. Since its inception, student teams have completed more than 100 engineering challenges, improving the lives of many of our severely injured veterans.

Blaster’s Garage
Blaster’s Garage was the brain child of Leon Tackitt and Eric Symonds. The two discussed doing a video series online while they customized a vehicle to raffle for charity. This went on for a few years until Eric and his wife, Michelle, moved to Templeton. “The planets started to align. Jimmie Parminter donated a 1984 Toyota Landcruiser FJ60 to the project, and we just got started tearing it down and producing videos,” said Eric Symonds.

“The project took more than 10 months to complete. It was a complete frame off restoration and customization of the FJ,” said Leon