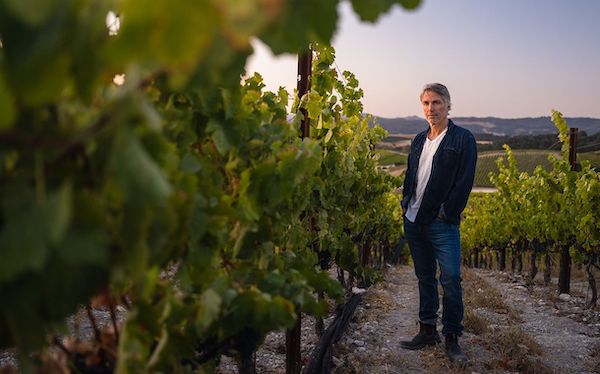 – Booker Vineyard & Winery announced that its 60-acre estate vineyard has received official certification from California Certified Organic Farmers (CCOF), which oversees one of the nation’s most stringent and respected programs of its kind.

“We’ve been farming organically for 15 years because it’s the right thing to do,” said owner and winemaker Eric Jensen. “It’s who we are—we don’t expect anyone to consume something that we wouldn’t put into our own bodies. No one should have to wonder what’s in their bottle of wine.”

While Jensen began practicing organic farming in 2006, he says he eventually saw the merit in official certification as a means to reinforce his winery’s dedication to wellness and transparency. “Our aim is to be as transparent as possible about what goes into the making of our wines, and it became increasingly clear that CCOF certification makes it easier for us to do that,” he said.

“If we were starting from scratch, it would have been daunting,” Mathiesen said. “But because organic farming has been the Booker way for so many years, it all went smoothly.”

The CCOF certification validates Booker’s longtime practices. Any form of chemical poison, pesticide, herbicide, or fungicide is disallowed at the Booker property. All soil amendments are certified organic and come from natural sources. Weed control is performed by mechanical means and by hand. Oil-based sprays for managing insects such as leafhoppers come from natural sources such as vegetables and minerals. Booker also employs biodynamic practices as an added means to stay in unison with the environment and its natural cycles, and the vineyard and winery are both powered by solar energy.

Booker’s estate wines are perennially acclaimed as among the finest in California. And when Jensen sources fruit from other westside Paso Robles growers for his “My Favorite Neighbor” and “Harvey & Harriet” brands, he holds them to a similar level of organic farming accountability. “Whether it’s our $98 estate-grown Fracture Syrah or our $30 Harvey & Harriet, the fruit is going to be held to similar organic farming standards,” Jensen said. “Our grower partners know the rules—no chemicals anywhere near our blocks.”

Jensen speaks passionately about how organic farming demands continual attentiveness and presence in the vineyard. “It’s a lot easier and more affordable to just go in and nuke your problems away, but I’d much rather be out there loving the land,” he said. “For every problem, there’s an organic solution. You have to work and think harder to find it, but that just makes you a better farmer and a better steward of the land.”