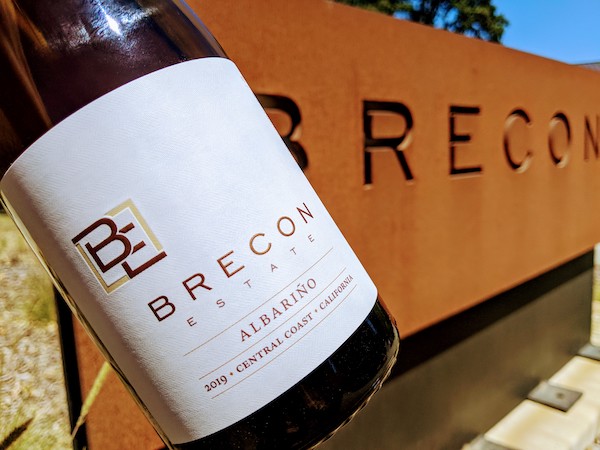 –The Sunset International Wine Competition announced the results of its 2020 competition last week. Taking “Best of Show – White” was the 2019 Central Coast Albariño from Brecon Estate in Paso Robles. This latest acknowledgment tops a rise for Brecon Estate’s team, which this October will celebrate eight years since the purchase of its Vineyard Drive property.

Brecon has been at the forefront of producing world-class Paso Robles varietals including petit verdot, albariño, mourvedre, cabernet franc, and syrah “all with just a hint of international flair,” the winery said in an announcement.

Damian Grindley, Brecon’s winemaker said he was particularly humbled by this latest accolade. It is truly unusual for a lesser-known varietal such as albariño to top such a prestigious show, particularly from a region arguably better known for its red wine offerings, he says. Grindley is also the founder of the Central Coast Albarino Summit which regularly gathers growers and enthusiasts of albariño from all over California to Paso Robles.

Brecon Estate’s wines are sold exclusively on-site at their tasting room located at 7450 Vineyard Drive in Paso Robles. Brecon is open daily between 11 a.m. and 5 p.m.