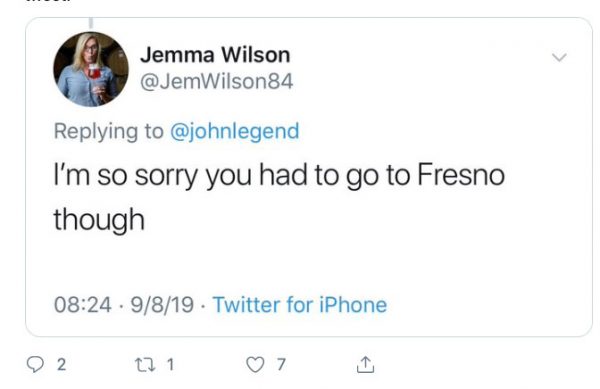 Firestone Walker Brewing Company on Monday evening issued a statement after one of its public relations employees wrote a comment about Fresno that drew some ire on social media.

It started when singer-songwriter John Legend attended Fresno’s Bulldog Stadium this weekend to support his nephew, who plays on Minnesota’s football team.

Went up to Fresno to check out my nephew’s (michaelbstephens22) new team @gopherfootball and they won in double overtime. Great game! https://t.co/5K0RozOLwf

Replying to his tweet, the brewing company’s media manager, Jemma Wilson, responded on Twitter saying, “I’m so sorry you had to go to Fresno though.”

Hey @FirestoneWalker, your employee and PR director decided to put down a community that has supported your brewery for years. This NOT OK. @JemWilson84, you don’t get a free pass just because you deleted your tweet. pic.twitter.com/ZXk0C7O6L8

“We are disappointed in the sentiment about Fresno expressed on an employee’s personal Twitter account, and sorry for any ill will it may have caused. Please know that it does not reflect the values or opinions of our brewery. Our brewery was founded on the Central Coast and is supported by loyal local customers, 80% of whom live within 200 miles of the brewery. We and our Fresno-based employees are heavily invested in the success of the city. We can assure you that our brewery has always felt nothing but friendship for Fresno, our Central California neighbor, where we have shared beers and good times for nearly two decades.”

Firestone Walker Brewing is now offering all Fresno residents, over the age of 21, a free tour and tasting at the brewery through the end of the month, the KFSN report says. 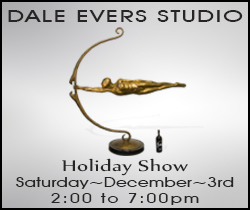