Paso Robles News|Tuesday, January 25, 2022
You are here: Home » Community » Bring the entire family to see James and the Giant Peach JR. on February 24 and 25

Bring the entire family to see James and the Giant Peach JR. on February 24 and 25 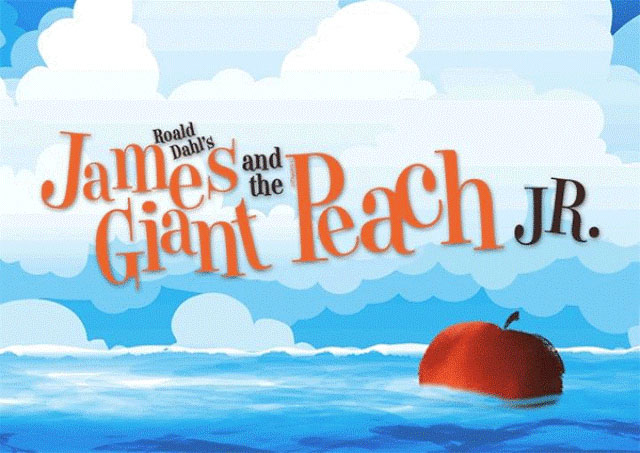 Bring the entire family to see James and the Giant Peach JR., presented by the Paso Robles High School Theatre Company on February 24 and 25.

–The Paso Robles High School Theatre Company will be presenting its first annual children’s show, James and the Giant Peach JR., to more than 850 students in February and March. In addition, community members have the opportunity to see the show during the last weekend of February. Bring the entire family out to see the show at the PRHS Performing Arts Center, located on the high school campus at 801 Niblick Road on Friday, Feb. 24 or Saturday, Feb. 25 at 7 p.m.

“We are all so proud and excited to perform this show,” said Visual and Performing Arts Department Chair and Director of Theatre Arts Marcy Goodnow. “It will be presented during fourth period classes for four weeks as a field trip opportunity to 850 of our districts’ kindergarten through eighth grade students, and again on Feb. 24 and 25 for our families and friends in the community.

The objective of conducting the performances of James and the Giant Peach JR. was two-fold, according to Goodnow – to give exposure to the district students seeing the show, and to provide a rehearsal schedule that enables athletes and students with transportation issues to still be in a show.

Based on one of Roald Dahl’s most poignantly quirky stories, James and the Giant Peach JR. is a brand new take on this “masterpeach” of a tale. Featuring a wickedly-tuneful score and a witty and charming book, this adventurous musical about courage and self-discovery is destined to be a classic.

James is sent by his conniving aunts to chop down their old fruit tree. It is then that he discovers a magic potion that grows a tremendous peach, rolls into the ocean, and launches a journey of enormous proportions. James befriends a collection of singing insects that ride the giant piece of fruit across the ocean, facing hunger, sharks, and plenty of disagreements along the way.

Celeste Geary, a senior at PRHS, is currently part of both the Advanced and Intermediate Drama groups. She is also a teacher’s assistant for Beginning Drama, and is enrolled in the Tech Theatre Production class. To Geary, being involved with the production of James and the Giant Peach JR. has been, “quite a meaningful journey.”

“The class has been a learning curve for everyone involved; being a pioneer of this class after four years in the department has been really special,” said Geary. “The show itself has a heartwarming message that hits very close to home for me this year. To think that this show will reach almost 900 kids in Paso Robles is quite an exciting feat. I am immensely proud of the show itself, everyone in its cast, and our lovely director, Mrs. Marcy Goodnow.”

This hour-long version of the new musical will excite the young and young at heart; be sure to buy tickets now before they sell out. Tickets may be purchased for the February 24 and 25 performances at: https://paso-high-theatre-co.ticketleap.com/james-and-the-giant-peach-jr/.

Posted in:  Community
About the author: Reporter Meagan Friberg