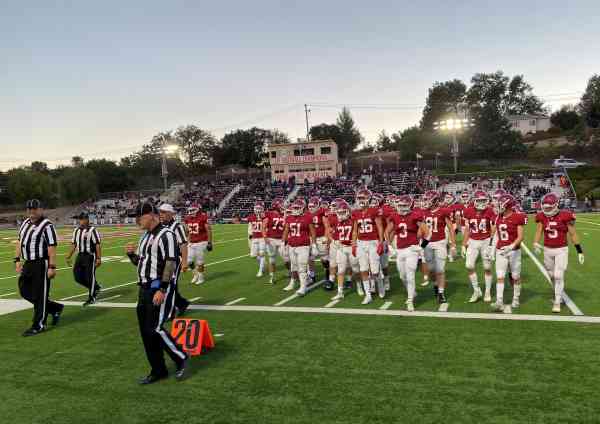 The highly-touted Buchanan Bears scored early and often, taking a 28-0 lead by half-time

–The Paso Robles Bearcats played a rare Thursday night football game against the Buchanan Bears of Clovis. Despite the early game day, hundreds of Bearcat fans crowded into War Memorial Stadium for the home opener.

The highly-touted Buchanan Bears scored early and often, taking a 28-0 lead at half-time. The Bearcats could not establish their run game and could not stop the Bears. In the second half, the officials instituted the rolling clock to expedite the game.

In the closing seconds of Thursday night’s game, the Bearcats attempted a 30-yard field goal, but the ball veered wide left. 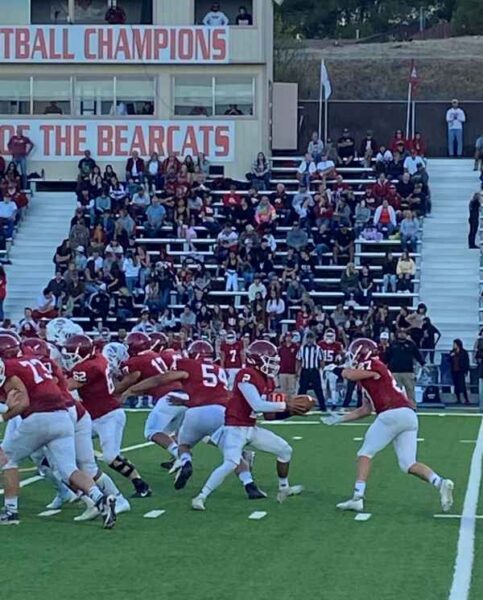 Ultimately, the Bears won 48-0. In their previous two games, the Bears have outscored their opponents 60-7. They beat Kingsburg 33-7 and Bullard 27-0.

The Bearcats next play the Sunnyside High School Wildcats in Fresno next Friday night.