Buy Now, Pay Later and Digital Wallets: Why is Apple Entering into the Banking World? 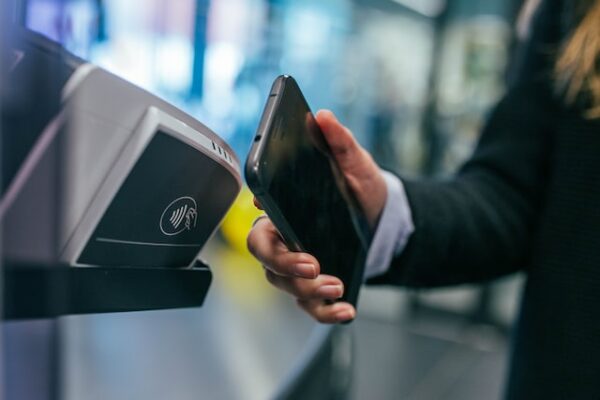 Photo by Jonas Leupe on Unsplash

Apple is expanding its features in some new areas that some customers might not have expected at a glance. Why is a mobile phone developer offering customers a credit card?

It makes sense when you think about it. The fintech industry is taking off, and if Apple wants to stay at the head of the technological table, they need to stay ahead of the fintech curve. So, what have they got to offer us? And is it worth it? We’re breaking down Apple’s latest fintech advancements.

What is Buy Now Pay Later?

Much like how the name suggests, Buy Now Pay Later is a financial plan designed to allow customers to go home with the items they’re looking for there and then, and worry about paying for them down the line. It’s marketed as a way of splitting up payments and allowing customers to save for big ticket items that they might need now.

Typically, companies selling more expensive items offer the Buy Now, Pay Later financial model, such as furniture stores, appliances, and electrics, however, there are a few financial companies popping up that have a similar approach for smaller buys, such as Klarna and Monzo which just launched in the US in September of this year.

The Buy Now, Pay Later model usually requires an up-front cost, however, acting as somewhat of a deposit. You can put something towards your items when you initially buy them and pay off the rest how you wish. Usually, companies will give you the option to split it up over a certain amount of time or you will be allowed to pay it all off whenever you have the money within your allocated amount of time.

What are the benefits?

So, what’s the catch? With financial plans like this, the customer is likely to suspect a catch. Well, the usual suspects often aren’t there. You don’t need to undergo a hard credit check. A bad credit score won’t stop you from taking a Buy Now, Pay Later plan like it would affect other loans. Often, you’re not likely to be charged interest either, and there are usually no fees for using the service. The Buy Now, Pay Later plan has become largely adopted across industries and markets and has gained that traction due to the lack of hidden fees in the concept.

What are digital wallets?

Digital wallets are also well summed up by their name: they are a wallet that is stored digitally, holding all digital assets. So that includes your bank cards, credit cards, loyalty cards, accounts, coupons, driver’s licenses, hotel and cinema reservations, gig tickets, public transport tickets, and digital currency like cryptocurrency.

There are a lot of competitors to Apple’s digital wallet, which has been a staple of the phone for years now. Just about every bank has its own equivalent to access bank accounts, but some specialized apps like RobinHood and PayPal focus on their own element of currency, such as cryptocurrency for RobinHood and security for PayPal.

A digital wallet will sometimes work with a QR code, which you can scan at a reader, such as a self-checkout, to apply a coupon, but they will also offer you a place to manage your finances, like banking apps that allow you to transfer money and pay over the internet between apps.

Why is Apple getting involved now?

Apple has definitely got a reputation for trying to be everything, everywhere, all at once. They want to provide their customers with one place, without dozens of apps, where they can access all of the perks listed. Most of the examples given above have their own specialized app, which can fill up your phone fast. An app for your banking, an app for your crypto, an app for your train pass, an app for your loyalty card, an app for every loyalty card: it all adds up.

Apple Wallet was the first step in finances for Apple but you can see why they went into it. The one space keeps all your loyalty cards, all your bank cards, all your proof of identification cards and more in your phone, arguably eliminating the need for a real world wallet. We’re still a far cry from people dropping the leather money clip altogether, but in the meantime, Apple has been expanding what its wallet can offer.

For example, the newly launched Apple Card is a credit card that lives in your phone. It will allow you to pay for your Apple products, which are not cheap, in monthly instalments direct from Apple. Rather than paying a third party, like your mobile phone data provider, you can buy your phone directly from Apple with monthly instalments. Given that Apple is also looking for customers to subscribe to Apple One for TV, music, news, fitness and more, there is something to be said for bundling it all into the one payment every month.