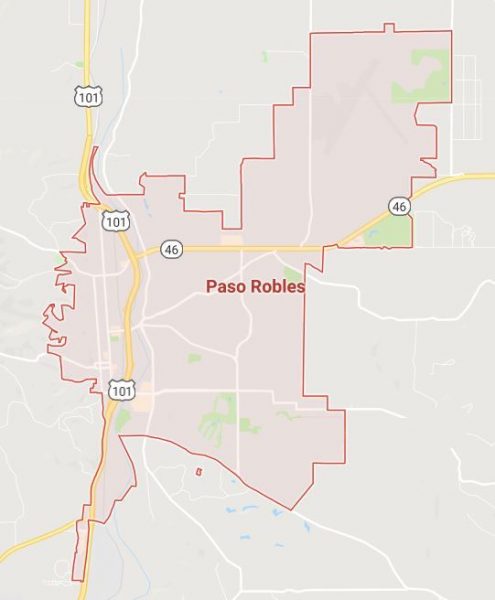 Residents are being asked to submit suggested boundary maps splitting the City into 4 voting districts, each district to be represented by a councilmember who will be elected by the residents within that district in the 2020 election and beyond.

By law, the city must adopt a voting district boundary map by April 30, 2019. The City of Paso Robles is inviting interested parties to attend a map-building workshop to learn the parameters for building a successful voting map. The workshop will explain the reason for the change to district voting, best practices for creating successful boundary maps and how to use the online map-drawing tool.

Assistant City Manager Jim Cogan said, “the city doesn’t believe that our current at-large system results in polarized voting. Unfortunately, every city that has fought similar legal challenges has lost, costing their taxpayers millions of dollars in legal fees. The only current protection from costly legal fees is if the city transitions to a by-district election system. However, Mission Viejo recently negotiated an agreement for transitioning to a cumulative voting system. Therefore, we are pursuing a dual path where: we are both developing a by-district system in order to meet the requirements of State law to protect the city from a costly legal battle and we are exploring alternative voting systems to preserve our at- large elections.”

Residents are being asked to review the materials below and submit draft city council district boundary maps via the Draw Paso Robles website by March 1, 2019.

Districts must have equal population and the most effective are based on communities of interest, are compact and contiguous, with visible (natural and man-made) boundaries such as a river or existing school or police precinct districts, and/or respect residents’ wishes for continuity.