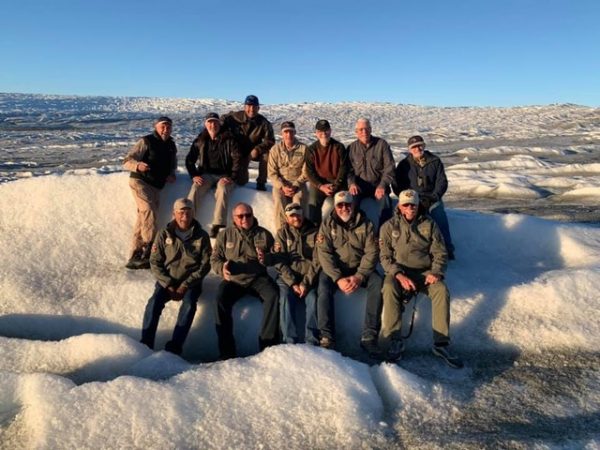 Welcome home celebration to be held on July 7

–Estrella Warbirds Museum, a non-profit organization dedicated to the restoration and preservation of military aircraft, vehicles, and artifacts, is proud to welcome home their own C-47, Betsy’s Biscuit Bomber, pilots, and flight crew from a two-month world tour throughout the United States and abroad to commemorate the 75th Anniversary of the D-Day Invasion. The American fleet of vintage C–47s crossed the Atlantic and joined other C–47s from around the world for the Daks Over Normandy event crossing of the English Channel into France. The aircraft, which was part of the elite D-Day Squadron, is owned by the Gooney Bird Group, and is a featured display at the museum. 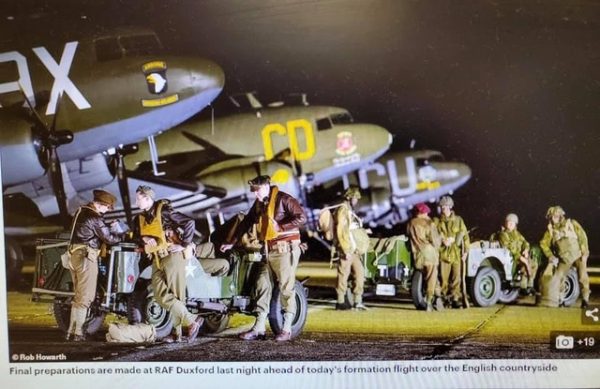 Daks in preparation for the D-Day commemorative flight in Normandy. Photo: Bob Howarth.

En route, “Betsy” flew over the Statue of Liberty, Arlington National Cemetery, and the Pentagon prior to departure for Goose Bay, Newfoundland. After stops in Greenland, Iceland, Scotland, and Cambridge UK, the C-47 continued on to Duxford, England to participate in paratroop drops, and reenactments in both England and France before moving on to Germany. Returning to the United States, ”Betsy” will participate in the Spirit of the West 4th of July celebration in Cody, Wyoming then return home to Paso Robles. 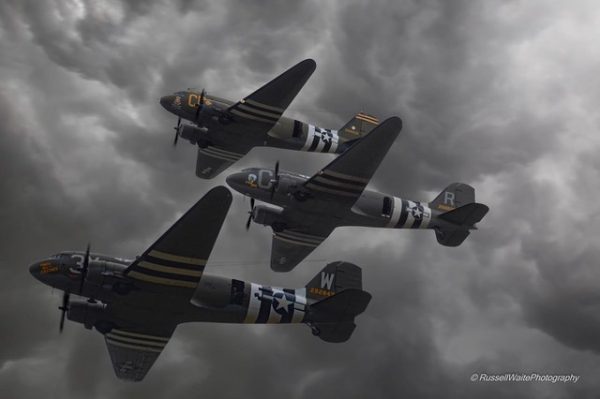 C-47s, “That’s All Brother” with “Betsy’s Biscuit Bomber” (top) and “D-Day Doll” in formation with Paratroopers at the door for Daks Over Duxford Duxford. Photo: Russell Waite Photography.

“Betsy’s Biscuit Bomber” Welcome Home Reception is free to the public. The museum will close at 3 p.m. For those joining the celebration, entrance will be through Hangar One. Firestone beer, wine, food, and other beverages will be available for purchase. The celebration will feature displays from Estrella Warbirds Museum, veteran groups, and vehicles from Camp Roberts. 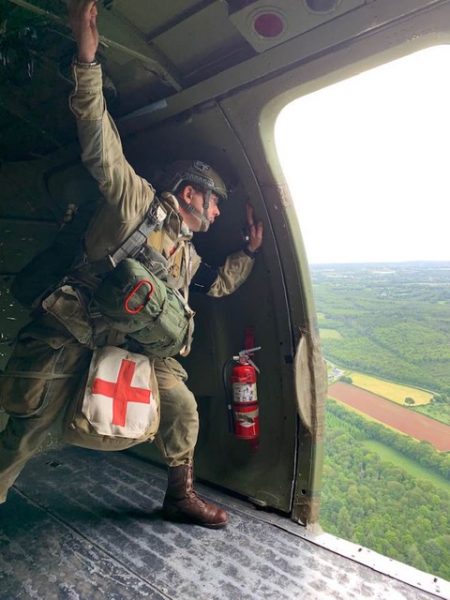 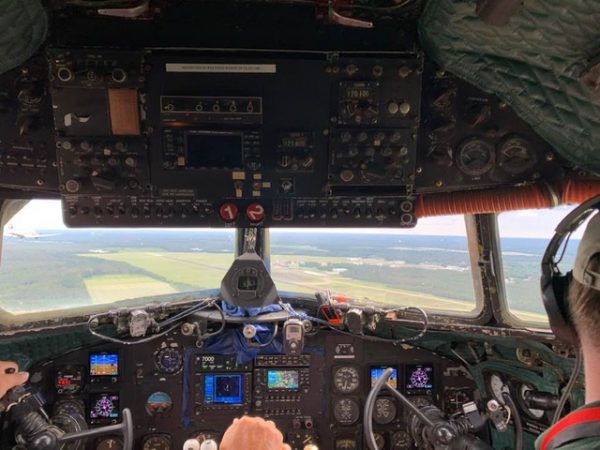 From the cockpit of Betsy’s Biscuit Bomber flying with the squadron in formation of 13 DC3s over Berlin. Photo: Scott Stelzle.

“Betsy’s Biscuit Bomber,” a WWII C-47 built by Douglas Aircraft of Santa Monica is owned and operated by The Gooney Bird Group, LLC, a 501 (c)(3) non-profit organization located in Paso Robles, CA. The group is dedicated to preserving and maintaining airworthy historical planes, and educating current and future generations of the engineering achievements, and personal sacrifices made by our military men and women. 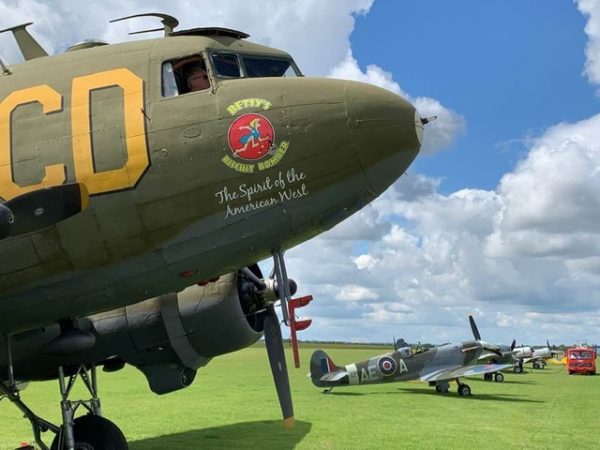