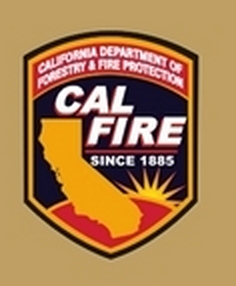 Cal Fire responded to a wildland fire east of Cayucos off Cottontail Road this afternoon, the agency reported via Twitter. An officer in a CHP aircraft spotted the fire at 4:03 p.m. and reported it was initially about 2-acres in size.