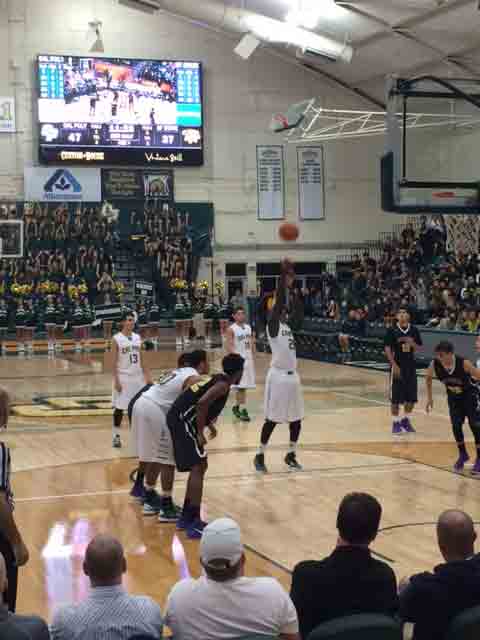 The upgrades to the former Mott Gym include two giant video monitors. Two court-side tables were installed Tuesday, but are not expected to operate new electronic messaging until Friday night when the Mustangs host Delaware.

Associate Athletic Director Ashley Offerman says the new electronics add another dimension to the experience of Mustang fans. They can show replays and player stats during the game.

Offerman says the new name expands the Mott Athletic Center to include the new pool and tennis courts.

The Cal Poly women host the University of Portland Pilots in their home opener Sunday afternoon. The game may be the debut for Atascadero’s Mary Kate Evans. The 6’2″ redshirt freshman was All San Luis Obispo County as a Greyhound. An honors student at AHS, Evans is studying biomedical engineering at Cal Poly.