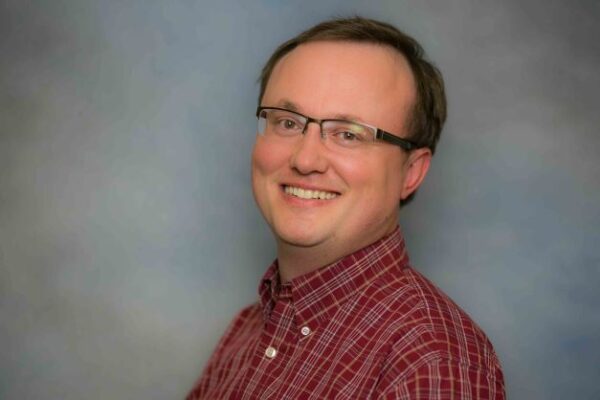 Ziemowit Bednarek, an associate professor of finance at Cal Poly.

– While the Federal Reserve’s actions to increase interest rates have placed home ownership even further out of reach for many Americans, those steadily rising costs might eventually help would-be buyers, according to Cal Poly finance professors.

“House prices are more likely to come down in the longer run as the Fed holds its course of fighting high prices with restrictive monetary policy,” said Ziemowit Bednarek, an associate professor of finance. “In that sense there is definitely hope for prospective buyers.”

Hope is not something non-wealthy home buyers have experienced much of in recent years. The median existing-home price in the United States reached an all-time high of $407,600, according to Reuters. That’s 14 percent higher than last year.

The situation in California is even worse. Oscar Wei, deputy chief economist with the California Realtors’ Association, told KSBY-TV only one in five Golden State households can afford a median-priced home – a significant drop from the one in three who could just two years ago.

While the three-percent mortgage rate was attractive to buyers during the pandemic, lack of available housing led to a seller’s market that drove prices upward. But now that interest rates have increased, so too have mortgage rates, meaning already expensive homes will be even more costly to finance.

“In times of the restrictive, or high, interest-rate policy, loans are more expensive for both businesses and individuals,” Bednarek said.

Hoping to ease record inflation while preventing a recession, the Fed has increased the interest rate three times since March — with more penciled in this year. That in turn results in a higher mortgage rate, which doubled to 6 percent.

Yet, again, there’s a little hope. Because eventually, people are likely to just stop buying homes.

“Expensive loans will dampen the consumer demand and, at least in theory, lead to the lower demand in the housing market — and therefore lower prices,” Bednarek said.

But there is a caveat: “Since the COVID-19 pandemic started in March of 2020, the economy has been undergoing a number of structural shifts — one of those being working from home,” Bednarek said. “People realized that they can move to a cheaper location and keep their job by working online. Of course, this caused the prices in those originally cheap markets to skyrocket.”

Also, higher interest rates could impact the construction of new homes, which already stalled during the pandemic, contributing to higher prices.

“Companies will be less likely to expand and hire, which will only deepen the shortage of new homes,” he said. “This part may, in fact, counteract the effect of expensive credit on the housing market itself, and keep existing home prices up.”

The recent developments prompt mortgage rate strategies. Buyers who lock into a 15- or 30-year fixed-rate mortgage would be protected from future interest rate increases. However, there are occasions where a more unpredictable adjustable-rate mortgage might make sense.

“If you do not plan to hold on to the house for too long, or if interest rate increases are not expected to last, it may make more sense to go with an ARM,” Bednarek said. “In our current market situation though, it looks as if the Fed is poised to keep hiking interest rates in the foreseeable future.”