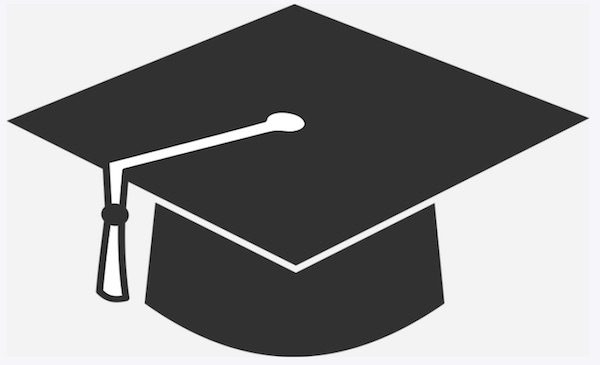 –More than 5,300 Cal Poly students are eligible to be honored in this year’s virtual commencement on June 11 and in six spring graduate recognition events Saturday and Sunday, June 12 and 13.

The Class of 2021 will have a virtual commencement Friday, June 11, similar to what was done for degree candidates last year. Each graduate’s name will be read at this online event, which will also include speeches as well as conferral of honorary degrees to five individuals — including former NFL coach, sportscaster, and Pro Football Hall of Fame Member John Madden, a Cal Poly alumnus.

The in-person graduate recognition ceremonies will be held at 9 a.m., 12:30, and 4 p.m. Saturday and Sunday in Alex G. Spanos Stadium.

“Commencement is not the end but merely the beginning of the next stage in the lives of these graduates,” said Cal Poly President Jeffrey D. Armstrong. “While there are high expectations for each individual, they can travel hopeful. They are ready for the world, and the world is ready for them and needs them. We’re confident that the skills they’ve developed at Cal Poly will propel their transformation from yesterday’s students into tomorrow’s innovators and leaders.”

CommonSpirit Health — formed in 2019 by the alignment of Catholic Health Initiatives and Dignity Health — has more than 1,000 care sites in 21 states, including three hospitals on the Central Coast: Arroyo Grande Community Hospital; and French Hospital and Marian Regional medical centers. Dean has dedicated his career to eliminating the social disparities that are the root problems behind so many health issues. He will receive an honorary doctor of science degree.

Dean serves on several boards, including the Cal Poly Foundation and Carnegie Hall. The passionate advocate for health care reform was actively engaged with the White House Cabinet on health care issues during the Obama administration and directly participated in health care reform discussions with the former president during the formation of the Affordable Care Act. In California, Dean is a member of the State Health Care Cost Containment Commission charged with developing practical state policies to contain health care costs in the nation, and he is a member of Gov. Gavin Newsom’s Task Force on Business and Jobs Recovery, which is charged with helping the state create jobs to recover economically and transcend from the COVID-19 crisis.

When his career as a professional football player ended due to a knee injury, he turned to coaching, first as an assistant at San Luis Obispo High School and then in 1962 as head coach at Allan Hancock College in Santa Maria. Seven years after leading the Bulldogs and a stint with Don Coryell and the San Diego State Aztecs, Madden was named head coach of the NFL’s Oakland Raiders, where he never experienced a losing season and won seven division titles. He also coached the team to victory in 1977’s Super Bowl XI.

In 1979, after 10 years as a head coach and a record of 103-32-7, he retired citing family and health concerns and became a broadcaster. Madden was inducted into the Pro Football Hall of Fame as a coach in 2006, yet as a sportscaster he earned even more accolades: 16 Emmy Awards; the Golden Mike Award; and Sports Personality of the Year honor.

Today, many graduates, parents, and alumni also know him through EA Sports’ Madden NFL franchise — one of the most commercially successful series in the history of video games. selling more than 130 million copies since its 1988 debut.

The third honoree is Charles Walton, past owner, president, CEO, and current board member of Smithers-Oasis Co., an international producer, and marketer of floral and horticultural products. The company is best known for its OASIS brand water-absorbing floral foam, considered revolutionary in providing a fast, efficient, and secure means of designing and handling flower arrangements. Watson will receive an honorary doctor of science degree.

Walton received the floral industry’s greatest honor in 2015 when he was inducted into the Society of American Florists Floriculture Hall of Fame. In addition, he has served on a variety of SAF committees as well as on the American Floral Endowment’s Board of Trustees in 2002. He has served in leadership roles with Cal Poly, The Kent State University Foundation, the Akron Art Museum, and many other organizations.

At Cal Poly, he has served on the College of Agriculture, Food and Environmental Sciences’ Dean’s Advisory Council for more than 20 years and was named the college’s Honored Alumnus in 2015. He and wife, April, have donated extensively to the university’s Learn by Doing mission with both financial and in-kind resources, ensuring students are aware of and have access to the latest technologies and trends in the global horticulture industry, including new greenhouses and equipment and products from Smithers-Oasis.

Walton often returns to campus to meet with faculty and students, providing valuable insight into the horticulture industry, which in turn helps students better prepare to make a difference in their careers. Walton recently committed significant funds to the college’s Plant Sciences Complex.

Finally, contractors, developers, and philanthropists Donald Tankage, who died in 2015, and his wife, Carole, who died in 2020, are being honored with an honorary doctor of humane letters degrees for their support of Cal Poly, which he said contributed much to his success in business.

Donald Tanklage left his mark on campus with a structure that six decades ago was heralded as the West Coast’s first permanent geodesic dome. It was erected as a senior project by Tanklage and four friends, all majors in the Architectural Engineering Department, in time for the 25th anniversary Poly Royal and just months before his graduation in 1957.

The Tanklages founded Tanklage Construction Co. and built many commercial, industrial and residential projects in the Bay Area and throughout the Golden State. They later established the Donald B. Tanklage and Carole F. Tanklage Foundation, which provides grants to numerous charitable and educational projects and organizations in San Mateo County and Northern California, as well as international projects including helping gorillas in Uganda, saving elephants in Africa, and providing clean water systems in Cambodia.

Inspired by her late husband’s time at Cal Poly, Carole Tanklage began funding scholarships for students in the College of Architecture and Environmental Design. She became increasingly involved in ensuring that all Cal Poly students are cared for and receive the support and resources needed to graduate. Inspired to assist students who struggle to find safe, secure, and affordable housing, she established the Tanklage Family Fund to End Student Homelessness at Cal Poly. This new fund will provide emergency grants for eligible students unable to afford living expenses that are central to their academic success and well-being.

Planning for public events for the graduate candidates evolved since January. As decreasing numbers of COVID-19 cases increasing vaccination rates, Cal Poly has worked with public health officials on plans to host scaled-back in-person events for graduates and up to four guests.

The focus of these six events will be to allow graduates to walk across the stage while having their names read aloud. The health and safety of event participants and the surrounding community is the university’s top priority. All attendees must comply with local, state, and university policies and guidelines, including wearing face coverings and maintaining physical distancing.

“We are very excited to be able to recognize our graduates in person this year and share this momentous experience with the family members and friends whose support helped them get here,” Armstrong said. “The steps they will take across the stage, as their loved ones hear their name echo throughout the stadium, are also the first of their 1,000-mile life’s journey.”

The Class of 2020 will not participate in this event, but an in-person event in December is tentatively planned to honor those graduates.

Permits are not required to park on campus during these events. Follow directional signs for parking. General parking will be available in lots H1, H12, H14, H16, C7, and two parking structures off of Grand Avenue — No. 130, near the Performing Arts Center, and No. 131.

Accessible parking for guests with mobility impairments will be available in the No. 130 and the No. 131 parking structures. All vehicles must have a valid accessible parking place card or license plate in order to park in accessible lots. For more on parking lot locations, visit maps.calpoly.edu/.

Shuttles will be available for guests with mobility impairments and one companion. For additional parking and shuttle information, visit commencement.calpoly.edu/guests.