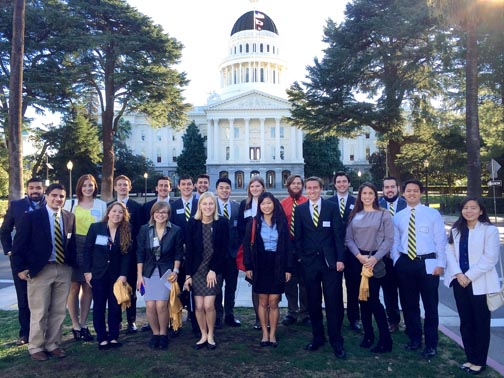 Twenty-one students garnered a variety of awards and honors

–Twenty-one Cal Poly students, including Elaine Cohen from Paso Robles, were recognized for their awards and other accomplishments by state lawmakers on the floors of the Assembly and Senate in Sacramento on Monday, Feb. 1. 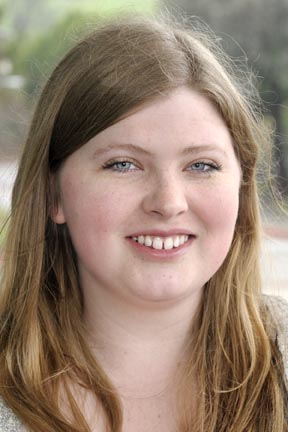 “These fine students are indicative of our Learn by Doing philosophy and reflect what their peers are also accomplishing at Cal Poly,” said university President Jeffrey D. Armstrong, who will accompany the students to both legislative chambers. “We want to honor these representatives of our six colleges for their success in the classroom and for their extracurricular activities that have been honored regionally and nationally.”

The group was first introduced to the Assembly by Assemblyman Katcho Achadjian, (R-San Luis Obispo) whose district includes the university.

“It is a great pleasure to welcome the students of Cal Poly to the State Capitol. Each of them embody the ‘Learn by Doing’ philosophy and reflect what makes Cal Poly a premier university,” said Achadjian, who is a Cal Poly graduate. “It is an honor to recognize their passion and accomplishments before the state Assembly.”

“I am proud to welcome to the state Senate some of Cal Poly’s most talented students,” Sen. Monning said. “These young adults have excelled in a wide range of disciplines — from science to engineering to journalism to agriculture. It was a privilege to introduce these rising young stars on the Senate Floor.”

In addition, the students will meet with the Office of the Governor Jerry Brown, Office of the Lt. Gov. Gavin Newsom and representatives from their respective Senate and Assembly districts.

Most of the students hail from throughout the Golden State —from Carlsbad to Woodland Hills, as well as three from the Central Coast. Three are from outside of California. Each has distinguished him or herself as an individual or on a team that has received a national industry award or on such high-profile events as the Tournament of Roses Parade, with its TV audience of 100 million, and the team that raised $600,000 for a net zero solar home that was judged third best in the nation.

The group also greeted family, friends and alumni at a series of receptions in the Sacramento area Sunday and Monday.

Elaine Cohen is studying business administration in the Orfalea College of Business. Her hometown is Paso Robles, Calif. She was part of a four-member team that took second at the 2015 Institute of Packaging Professionals AmeriStar Packaging Awards Competition for an all-in-one contact lens case and solution bottle.

“The opportunity to meet lawmakers is an amazing experience,” Cohen said. “It is an honor to be chosen and I will do my best to represent Cal Poly to those in the capitol.”