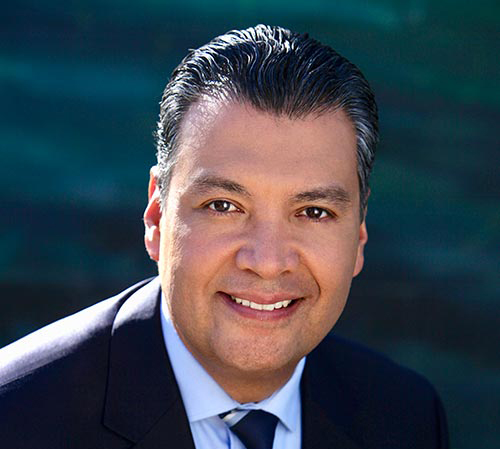 California Secretary of State Alex Padilla has emerged as the front-runner to succeed Kamala Harris, the New York Times reports. But Gov. Gavin Newsom appears to be in no rush to make his choice.

As president of the Los Angeles City Council, Padilla, 47, introduced Newsom to important local labor and Latino leaders. As a state senator, Padilla chaired Newsom’s short-lived first campaign for governor. And as California secretary of state, Padilla conferred a key early endorsement that helped Newsom win the governor’s seat in 2018.

Now Newsom is in a position to return the favor: He must appoint someone to fill the soon-to-be-vacant U.S. Senate seat of Vice President-elect Kamala Harris of California. Though many names have been floated to succeed Harris, Padilla has emerged as the front-runner, according to more than a half-dozen advisers, political consultants, and fellow lawmakers familiar with the governor’s thinking, the report says.

Read the full story at the New York Times.

PredictIt, an online prediction market that offers exchanges on political and financial events, gives Padilla 66-percent odds of being selected to fill the seat.

Alex Padilla was sworn in as California Secretary of State on January 5, 2015. He is committed to modernizing the office, increasing voter registration and participation, and strengthening voting rights.

Padilla previously served in the California State Senate (2006-2014) where he chaired the Committee on Energy, Utilities, and Communications.

Padilla’s parents emigrated from Mexico and raised their family in the working-class community of Pacoima, California. His father worked as a short-order cook and his mother cleaned houses. Padilla attended local public schools and went on to graduate from the Massachusetts Institute of Technology with a bachelor’s degree in Mechanical Engineering.

At the age of 26, Padilla was elected to the Los Angeles City Council to represent the same east San Fernando Valley community where he grew up.

In 2006, Padilla was elected to the California State Senate. He was reelected in 2010.

Source: Office of the California Secretary of State