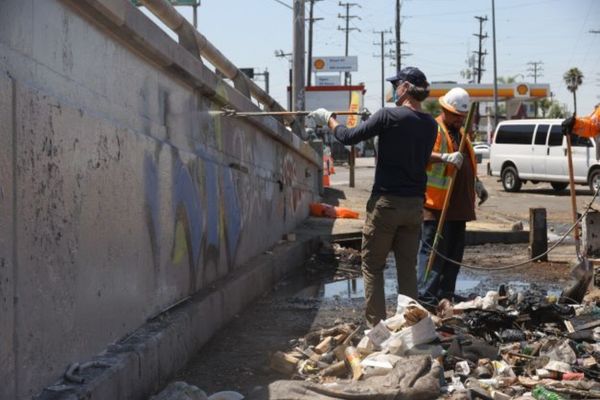 – In Sept. 2021, Governor Gavin Newsom announced the state had prioritized 100 high-profile encampment sites on state land to clear. One year later, California has cleared an average of 100 encampments per month with a total of 1,262 cleared sites, removing 1,213 tons of trash – enough to fill 22 Olympic-size swimming pools.

To highlight the state efforts, Governor Newsom joined Caltrans cleanup efforts at an encampment on I-10 in Los Angeles last week. During his Administration, Newsom has helped clean up several encampments across the state.

“Leaving people on the streets and our highways is dangerous and inhumane. It’s unacceptable,” said Newsom. “California is investing billions of dollars to house thousands of people and clean up our communities and streets. Our efforts are a model for the nation, and more importantly, we’re getting people off the streets and into the housing and services they deserve.”

In the last three years, the state has invested $14.7 billion towards homelessness with a coordinated statewide approach focusing on encampment resolution and housing through the Homekey program.

California has provided housing or shelter to more than 67,000 people since the beginning of the pandemic and 55,000 housing units have been or are in the process of being deployed. 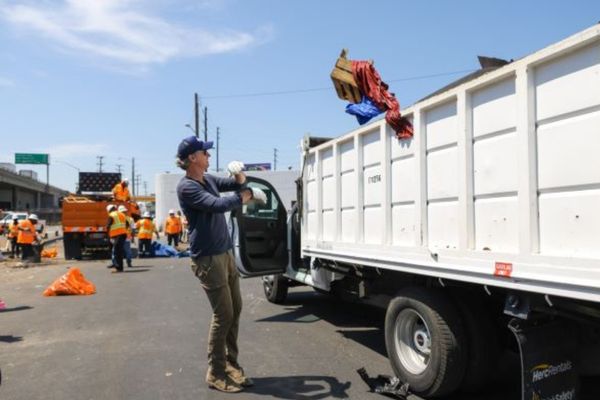 Some of the 1,262 encampments closed by Caltrans during the past 12 months include: