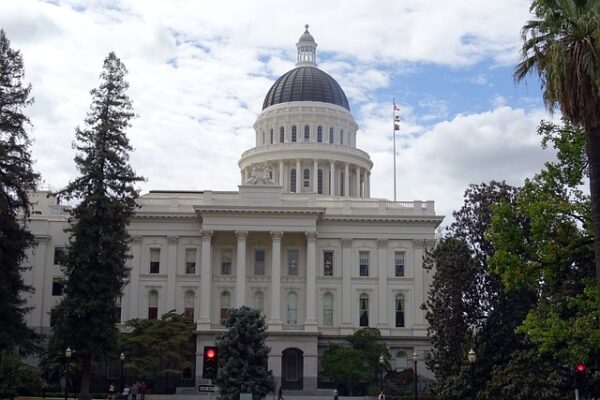 The California State Capitol in Sacramento.

– According to Bloomberg, California is poised to overtake Germany as the world’s 4th largest economy, continuing to outperform the nation and other countries in GDP growth, companies’ market value, renewable energy and more.

The Golden State’s growing gross domestic, at about $3.5 trillion, would place it behind only the US, China, and Japan.

“While critics often say California’s best days are behind us, reality proves otherwise – our economic growth and job gains continue to fuel the nation’s economy,” said Calif. Gov. Gavin Newsom. “California’s values and entrepreneurial spirit have powered this ascent to becoming the 4th biggest economy in the world, and we’ll continue doubling down on industries of the future, like renewables and clean energy. I feel tremendous pride in California’s resilience, leadership, and our formula for success.”

Here are some of the top takeaways from Bloomberg’s data:

Newsom has implemented a $52 billion financial assistance package to help Californians with rising inflation and costs. The most robust and comprehensive stimulus program in the nation, it provides $26 billion in direct payments, $15 billion in tax relief and grants for businesses, and more.

As noted by Bloomberg, renewable energy has become California’s fastest-growing business. Governor Newsom has doubled down on clean energy and zero-emission vehicles, implementing a $10 billion package to make it more affordable for Californians to buy ZEVs while building out the state’s charging infrastructure. California now has six times more clean energy jobs than fossil fuel jobs, and ZEVs have become one of the state’s top exports.