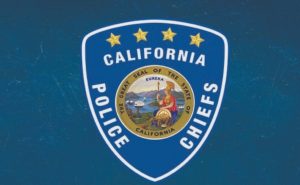 –On Friday, leaders of the California Police Chiefs Association (CPCA) announced a platform of guiding principles and policies outlining an inclusive strategy intended to bring law enforcement together with community leaders, elected officials, and social justice organizations across the state.

Reforms include calling for a nationwide use-of-force policy standard modeled after California law, expansion of accountability and disciplinary actions, an increased emphasis on transparency, ongoing focus on diversity in recruitment, programmatic support for officer mental health and wellness, and continued development of specific training practices.

“As an association representing over 26 million Californians, CPCA condemns all acts of excessive force and racially biased policing in the country. It is evident that our nation remains host to structural divides caused by racial injustice, and although peace officers are not the root cause of this, we are also not immune from the impacts of our shared past. This transformative platform will ensure greater accountability for California’s law enforcement agencies and will prioritize the safety and shared security of the communities we serve”.

Key elements of the platform include:

“Although a prominent step in the right direction, police reform, in and of itself, will not resolve the socio-economic and racial divides in our country,” commented President Nuñez. “Rather, a holistic approach that incorporates equal education, mental health services, substance abuse treatment, rehabilitation services, housing, and vocational opportunities must be adopted in tandem.”

The modernized platform not only guides internal policy and programmatic change for law enforcement, it seeks to align police conduct with the expectations of the communities we serve while holding every officer and agency to an equal standard for all Californians.