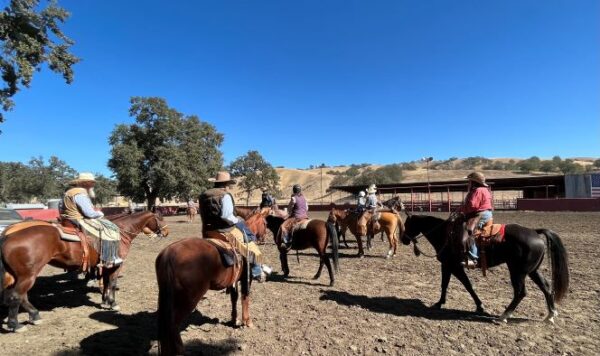 – Several dozen equestrians convened over the weekend in Parkfield for the Early Californios Skills of the Rancho. The participants at the event executed ranching skills used by the early Californios. Many used tack and equipment like the Californios used. Most wore styles of clothing popular among early ranchers on the Central Coast. They wore flat-brimmed hats like those used by early Californio ranchers.

After secularization by the Mexican Government in 1833, large ranchos were allocated to citizens throughout California. The Mexican Government parcelled out land previously controlled by the Spanish Missions. The privately-owned ranchos covered as many as 20-30,000 acres. Ranchos on the Central Coast included the Dana Rancho in Nipomo, the Santa Margarita Rancho, La Panza, and Rancho Tepesquet, east of Santa Maria, which was established by Pacifico Ontiveros after he sold his rancho in what is now Orange County. 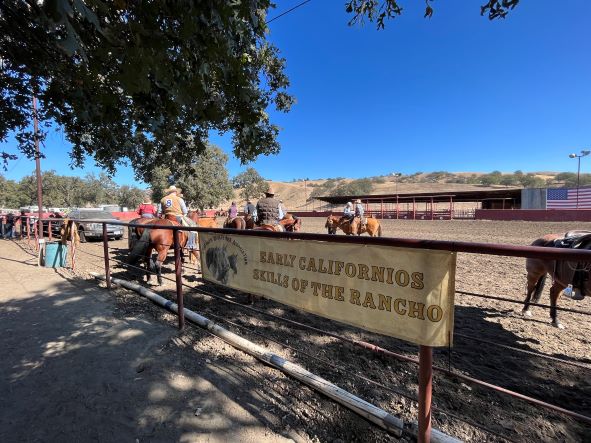 The ranchers, like the missionaries before them, ran cattle. Transporting beef was difficult before refrigeration, but the Californios sold hides to passing ships which transported them to the east coast to be used in leather shoes and clothing. Two Years Before the Mast by Richard Henry Dana describes the operation from the experience of a seaman collecting cowhides along the California coast. Richard Dana took to the sea on the advice of a physician who prescribed a sea voyage to cure his vision problem caused by measles while he was a student at Harvard University.

After his adventures in California, Dana returned to Harvard. He wrote the aforementioned book about his experience, and ultimately graduated from Harvard Law School. He wrote many famous nautical laws including the one which gave a ship under sail right of way over a vessel under power. He argued many cases for the common sailor and was an active abolitionist during the Civil War. Dana was the cousin of Captain William Dana, who married into a prominent Mexican family in Santa Barbara. Captain Dana and his wife, Josefina, had 22 children, 18 of whom survived to adulthood. 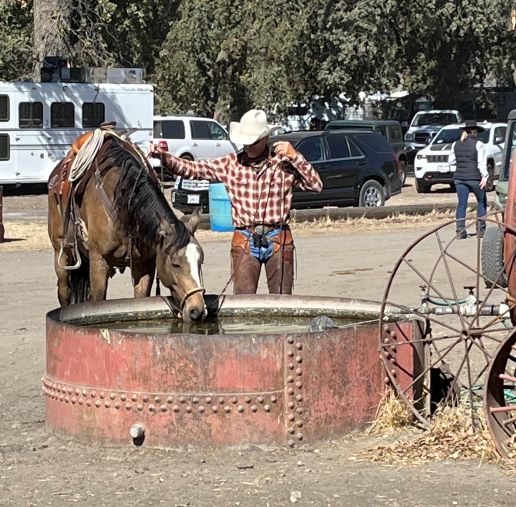 Although they are no longer ranchers, descendants of the Ontiveros Rancho Tepesquet utilize cooking techniques and old recipes which date back to fiestas at Rancho Tepesquet. You can sample them today at Joe’s Place in Paso Robles and Templeton, operated by Joe Ontiveros. 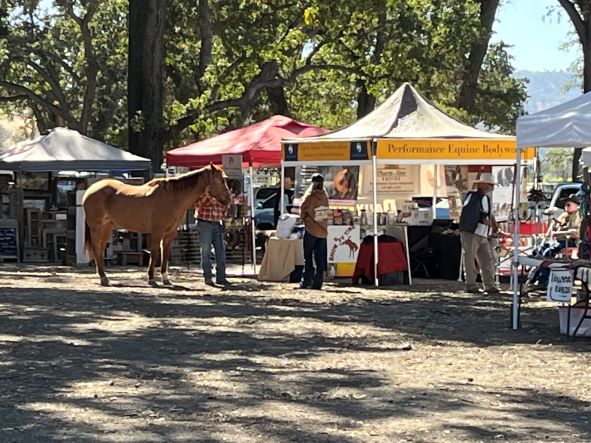 Another branch of the Ontiveros family operates Lolo’s in Morro Bay. Lolo is a Spanish nickname for Teodoro (Theadore), which an employee called Ted Ontiveros before he created Lolo’s on Springs Street in Paso Robles. The Ontiveros family occasionally holds family reunions at their historic family adobe which is now located on Bien Nacido Winery near Sisquoc, east of Santa Maria.

The ranchers herded and cared for cattle in much the same way as modern ranchers, but without trucks, helicopters, drones, and other modern technology, the operation worked a little differently. Today, the Californio Rancho riders are learning and practicing the skills they used with cattle. 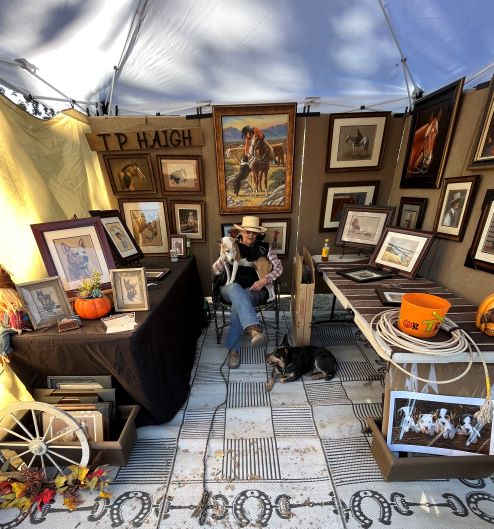 At the weekend’s event in Parkfield, many sold equipment and garb used by the early Californios. Tony Haigh was on hand to sell art, and to accept commissions for professional portraits of horses and riders among the new Californios.

Just as the Californios did in the 1850s, many of those who attended the event over the weekend in Parkfield talked about the recent drought. Some aspects of ranching don’t change with the passage of time.