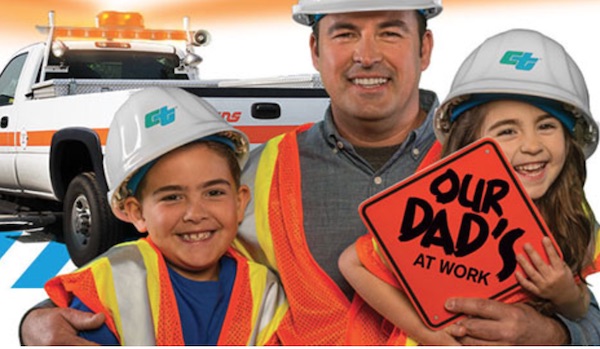 –Highway maintenance and construction remains one of the most dangerous jobs in California, according to Caltrans. On the heels of two work zone fatalities in the last month, Caltrans is launching its annual “Move Over” educational campaign this week to raise awareness of the driver’s responsibility to reduce the number of crashes and increase safety for workers and motorists.

California’s “Move Over” law requires all drivers to move over a lane if safe to do so or slow down when they see the amber flashing lights of Caltrans equipment, emergency vehicles or tow trucks.

Since 1921, 189 Caltrans employees have been killed while working on the highway, with the biggest threat to their safety coming from motorists who are not driving safely in work zones. Driving too fast or too close to a work zone is dangerous for highway crews and can also be life-threatening for motorists. In 2019, more than 7,000 work-zone collisions occurred on California highways resulting in more than 3,200 injuries and 53 fatalities. Nationally, motorists account for 85 percent of people killed in work zones.

“The families of highway crews count on them returning home each day,” said Caltrans Director Toks Omishakin. “Every worker who is killed or injured on the job represents a family torn apart by tragedy.”

If your car has ever broken down, sustained a flat tire, or left you stranded on the side of a road for any reason, you know how dangerous and unnerving it can be when cars and trucks are speeding by just inches or feet away. Those who work on the highway face that peril every day.

To increase awareness of this life-saving law, the children and grandchildren of Caltrans workers are reminding drivers to pay attention, slow down, and move over. Part of the department’s “Be Work Zone Alert” highway safety effort, the “Move Over” educational campaign includes public service announcements on billboards, radio, television and social media.

Whether working in winter weather, repairing bridges, or performing routine maintenance, Caltrans crews and contractors are working to provide the best travel experience possible for all Californians. It remains vitally important for motorists to use caution and pay close attention when driving in a work zone, as only a momentary distraction can result in the loss of life.

Although all 50 states have enacted “Move Over” laws, the National Highway Traffic Safety Administration found that 71 percent of Americans are not aware of the requirements. In California, failure to obey the “Move Over” law can result in fines up to $1,000, plus points on your driving record.

Visit our “Move Over Law” page for more information.