Christopher John Kehoe, 49, of Cambria was booked Wednesday for possession and distribution of child pornography and possession of a controlled substance for sale. 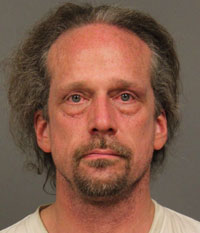 Detectives had received information that child pornography was being downloaded and distributed at the location. Detectives searched the residence and located a computer containing child pornography including more than 600 images of pubescent children engaged in sexual acts.

Detectives also discovered approximately six ounces of methamphetamine at the house along with evidence of narcotic sales. Detectives arrested Kehoe for two counts of possession and distribution of child pornography and one count of possession of a controlled substance for sale. Kehoe was taken into custody without incident and was booked into County Jail.