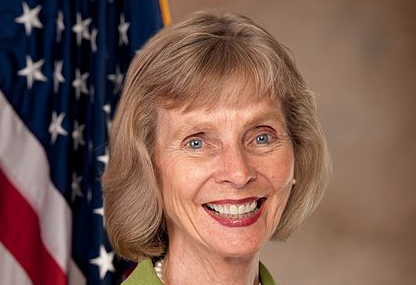 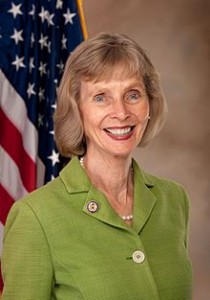 The shortage of organs available for donation is a matter of life and death for so many Americans. Creating a science-based pathway for medical research to proceed may potentially allow transplants between individuals with HIV, giving HIV-positive patients a new lease on life while also helping to ease the strain on our entire organ transplant system and save health care dollars. The HOPE Act is a necessary first step to research the feasibility and safety of these transplants and address the growing need for organ transplantation in the HIV-positive community,” said Congresswoman Capps.

“With so many lives at stake, it is time to end this outdated ban on research into organ donations between HIV-positive individuals,” Senator Boxer said. “This legislation would offer hope to thousands of HIV-positive patients by allowing researchers to determine safe and effective ways to transplant these organs and save lives.”

This legislation will allow those infected with HIV greater hope in obtaining organ donations by lifting the federal ban on research and allowing sound science to explore organ exchanges between HIV-positive donors and HIV-positive recipients,” Dr. Coburn said. “Our scientific understanding of AIDS is much better than when this research ban was established. Those infected with HIV are now living much longer and, as a consequence, are suffering more kidney and liver failures. If research shows positive results, HIV positive patients will have an increased pool of donors.”

An explicit ban on acquiring HIV-positive organs for any purpose, including research, was included in the Organ Transplant Amendments of 1988 when very little was known about HIV/AIDS and few treatments were available. As HIV treatments like Highly Active Antiretroviral Therapy (HAART) have become more effective, however, patients with HIV are living longer, fuller lives. But they also are more likely to experience other life-threatening conditions including kidney and liver failure, which require organ transplants. It has been estimated that liver disease accounts for 40 percent of deaths in people with HIV – which would make it the leading cause of death. Kidney disease is estimated to affect about 30 percent of people with HIV and cause more than 10 percent of HIV-related deaths. According to a study published in the American Journal of Transplantation, allowing HIV-positive organ donation to HIV-positive transplant patients could increase the organ donation pool by 500-600 donors, potentially saving hundreds of lives.

Creating a separate organ donation pool for HIV-positive organs and patients could also potentially save Medicare dollars by reducing the need for kidney dialysis and other treatments associated with kidney failure. Currently, treating patients experiencing kidney failure is responsible for six percent of Medicare’s annual budget. Moving more patients from dialysis to transplantation could result in reduced Medicare costs.

HIV infection is no longer a contraindication for organ transplantation, and a transplant can be the best clinical option for many patients living with HIV who are facing end ‐ stage organ failure—if access to a transplant is available in time,” said HIV Medicine Association (HIVMA) Chair Michael Horberg, MD, MAS, FIDSA. “The HOPE Act marks an important step in addressing this issue, and HIVMA looks forward to working with lawmakers on both sides of the aisle to move the bill forward.”

As America’s largest dialysis patient organization, Dialysis Patient Citizens is proud to support the HOPE Act and we thank Congresswoman Capps for her leadership on this critical issue,” said Hrant Jamgochian, Executive Director, Dialysis Patient Citizens. “This legislation makes common-sense reforms to encourage researchers to pursue information on the safety and effectiveness of HIV-infected organ donation. Too many kidney failure patients, both HIV-infected and not, die while waiting for a suitable organ and this bill has the potential to increase the availability of organs and decrease transplant waiting times for all patients in need of a life-saving transplant.”

“The HOPE Act is a great testimony to the dramatic improvements in HIV care over the last 20 years. Today, individuals with HIV not only live long lives but can even undergo organ transplants. And now, through the HOPE Act, waiting times for transplanted organs will be shorter and hundreds of lives will be saved every year,” said Dr. Dorry Dorry Segev, MD, PhD, Director of Clinical Research, Division of Transplantation, Johns Hopkins Medical Institutions.